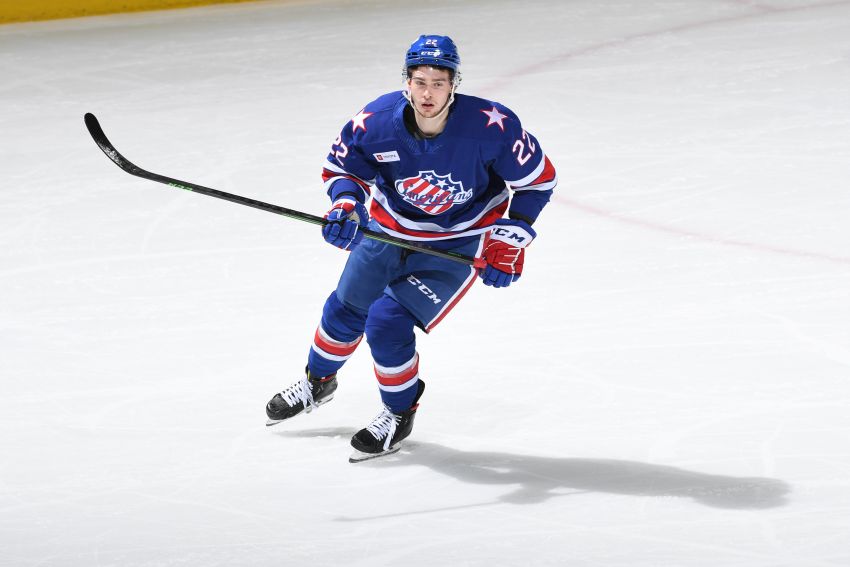 Buffalo Sabres prospect Jack Quinn, who has enjoyed a dynamic season with the Rochester Americans, has been named the AHL’s Dudley Garrett Memorial Award as rookie of the year, the league announced this afternoon.

Quinn, 20, scored four times in the opening week and hasn’t let up, compiling 25 goals and 59 points in 44 games entering tonight’s season finale against the Utica Comets. His 1.34 points per game ranks first among rookies and third overall in the league.

He’s tied for third among rookies in goals with teammate JJ Peterka and ranks fourth in points.

The winger has 18 multi-point games this season, including a four-goal outing Jan. 15, and hasn’t gone more than two contests without recording a point.

Quinn has missed significant action this season, battling mononucleosis late in the fall before suffering a lower-body injury during his second NHL game Jan. 20.

Quinn, the eighth overall pick in 2020, played 15 games for the Amerks last year before undergoing season-ending hernia surgery. He made his NHL debut Jan. 11 and has scored one goal in two games.

Earlier this week, Quinn and Peterka were named to the AHL All-Rookie Team.