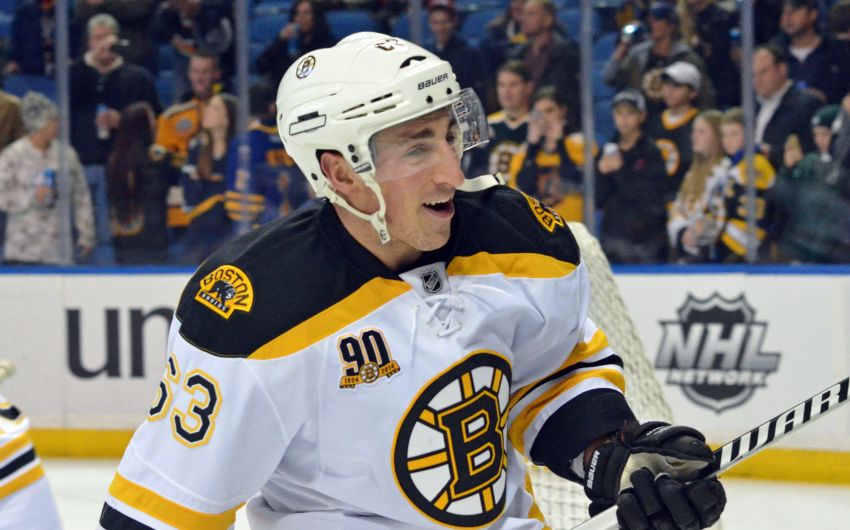 “He really helped me understand more about the pro life, how the pros have to play the game and what you have to do to get to the next level, the way you carry yourself on and off the ice,” Marchand said Thursday prior to scoring twice in the Bruins’ 4-2 loss against the Sabres inside the First Niagara Center. “I took so much away from playing for him. I don’t think I’d be here today if he didn’t coach me that year.”

Marchand said he’s “very happy” Nolan’s back in the NHL.

“He was by far one of my favorite coaches,” he said. “I learned a lot from him. He brings so much to the game. I’m sure the guys in Buffalo enjoy having him. He’s a great coach to play for.”

What makes Nolan so effective at communicating with his players?

“I don’t know how he does it,” Marchand said. “But it just seems he can understand how to treat each guy and how every guy has to be treated differently. Some people can’t do that. Some coaches don’t know how to do that. He finds a way to bring the best out of every guy. He’s so good at reading people and talking to people it’s incredible.”

Of course, Marchand’s famous for running his mouth on the ice. But the winger would never say anything to Nolan.

“Definitely not a guy I’d chirp,” he said. “I definitely respect him a lot.”

John Scott, defenseman? Believe it. Nolan sounds interested in switching the tough guy from the wing back to his natural position.

Scott spent the last two days practicing as defenseman, something he does occasionally. The 31-year-old changed positions after cracking the NHL.

Nolan, in perhaps a bit of gamesmanship against a rival, said Thursday morning Scott would be a game-time decision. He skated in the warm-up but was scratched for the second straight contest.

“We’ve been working with him the last couple days,” Nolan said. “We’ll see. Everybody played well last (game). It depends on the mood before the game, I guess.”

Scott joked Thursday morning he would be skating big minutes.

Notes: Sabres defense prospect Rasmus Ristolainen (concussion) practiced Thursday and will be leaving the Americans to play for Finland at the upcoming world junior championship, according to the Rochester Democrat and Chronicle. … The Sabres also scratched defenseman Chad Ruhwedel. … Sabres center Matt Ellis played his 200th game with the club.