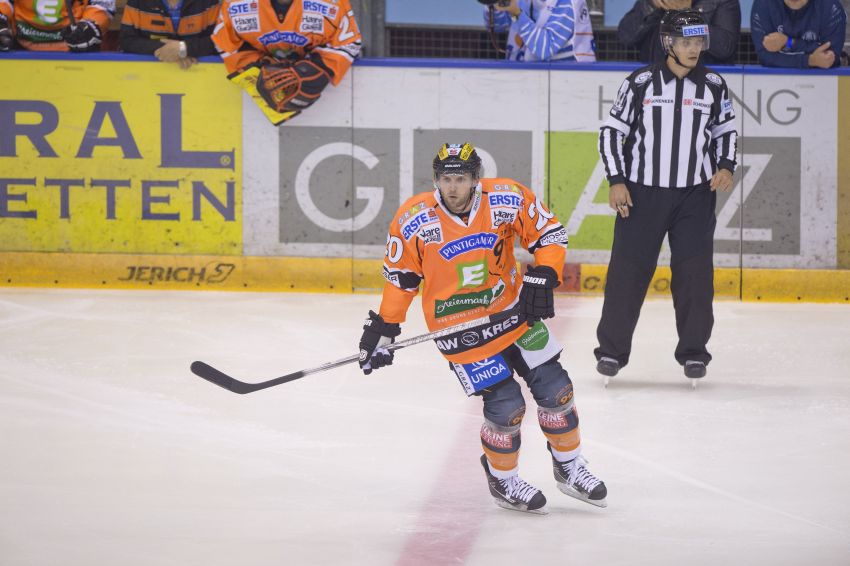 BUFFALO – So far, eight Sabres – about one-third of the roster – have taken temporary (or maybe not-so-temporary) European gigs during the NHL lockout. If the stoppage drags on, expect more to bolt overseas. Some Sabres have said they’ll look for work if there’s no agreement reached by Christmas or the beginning of 2013.

Remember, players aren’t going to Europe for the money. Most are receiving a pittance of what they should be getting paid in the NHL. These guys just want to play and stay sharp.

Here are some updates on the Sabres currently playing in Europe:

The German, a veteran of four DEL seasons prior to coming to North America in 2003, has eight goals, 14 points, 22 penalty minutes and a plus-6 rating in 18 games. Ehrhoff has the type of gaudy numbers one might expect an elite NHL defender to have in a lesser league.

Ennis, who ended last season scorching, has two goals, six points and is a minus-6 in eight games. A shoulder injury recently sidelined him several contests, a team spokesman said.

Based on his numbers, Myers hasn’t acclimated well to the larger ice surface. The 22-year-old, an elite defenseman at times over his three NHL seasons, has just one goal, five points, 24 penalty minutes and a minus-6 rating in 11 appearances.

Sekera has two goals, seven points, two penalty minutes and a plus-2 rating in 13 games. The Slovak, a supreme skater, has occasionally looked capable of being a 40-point NHL defenseman. Perhaps he’s thriving on the larger European ice surface.

The German, a DEL veteran like Ehrhoff, his Sabres defense partner, has one goal, seven points, two penalty minutes and a plus-5 rating in nine games.

Vanek, who recently returned home from his native Austria, finished with five goals, 15 points, four penalty minutes and a minus-3 rating in 11 games.

Weber signed his deal last week and is expected to play soon.