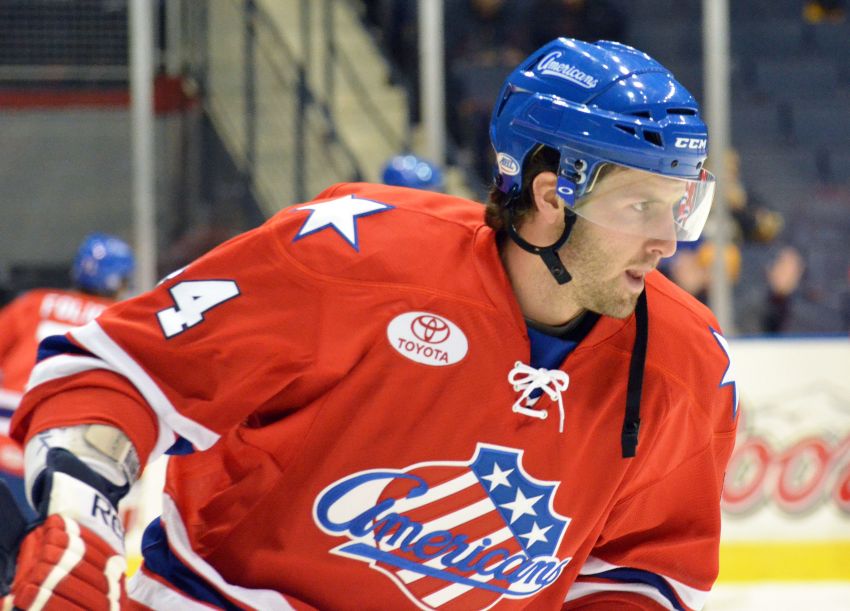 BUFFALO – Defenseman Drew Schiestel, a former second-round pick and AHL All-Star who was once on the verge of a recall to the Sabres, has been assigned from the AHL to the ECHL.

The 23-year-old Schiestel, the 59th overall pick in 2007, earned an AHL All-Star berth with the Portland Pirates in 2010-11 and was thought to be the Sabres’ top defense prospect.

But Schiestel tore his ACL two games before the big tilt in 2011, and then hurt his knee on opening last season with Rochester, his first game back.

Schiestel fell to eighth on the Amerks’ defense depth chart last season before the Sabres loaned him to the Texas Stars, Dallas’ AHL affiliate.

While being loaned usually ends a player’s career with an organization, the Sabres re-signed Schiestel in July.

Schiestel has been a healthy scratch again this season, playing only three games with the Amerks.