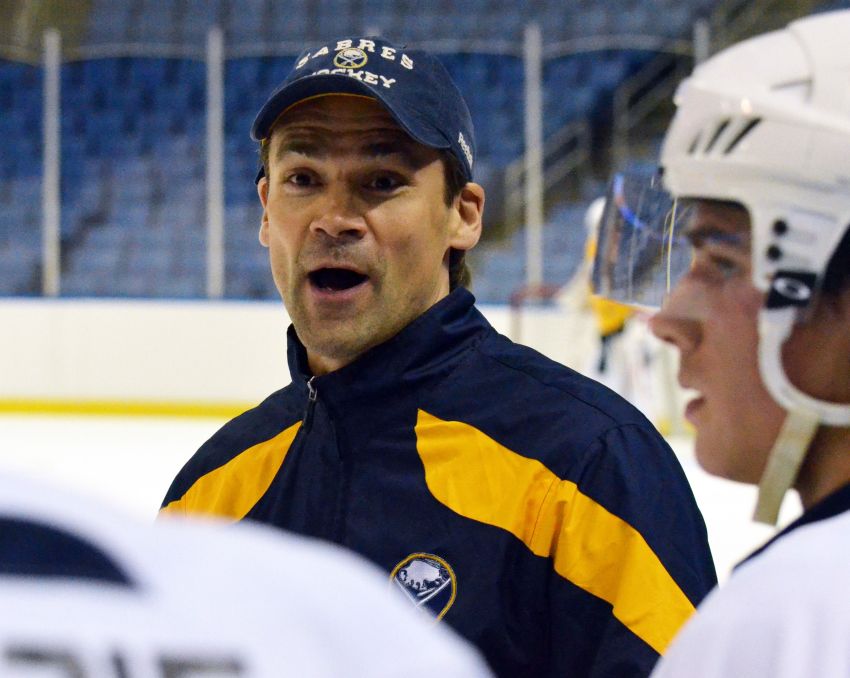 BUFFALO – Former Sabres defenseman and current assistant coach Teppo Numminen, who won three Olympic medals representing his native Finland, will be inducted into the International Ice Hockey Federation Hall of Fame in May.

His father, Kalevi, was inducted as a builder 2011. The two will become the first father-son duo in the Hall of Fame.

Numminen played in four Olympics, winning silver in 1988 Calgary, bronze in 1998 in Nagano and silver in 2006 in Turin. He also played in four world championships and four Canada Cup/World Cup events.

Robert Swados, one of the key figures who helped bring the Sabres to Buffalo, has died at age 93. He later served in a variety of prominent capacities with the team.

“Bob Swados was one of the founding members of the Buffalo Sabres ownership group 42 years ago,” Sabres owner Terry Pegula said in a statement. “He was an integral part of the Knox brothers’ successful acquisition of the franchise and was an important member of the front office for over 30 years. He was still involved with the organization, serving as president of the Buffalo Sabres’ Hall of Fame. Our thoughts and prayers go out to the entire Swados family.”