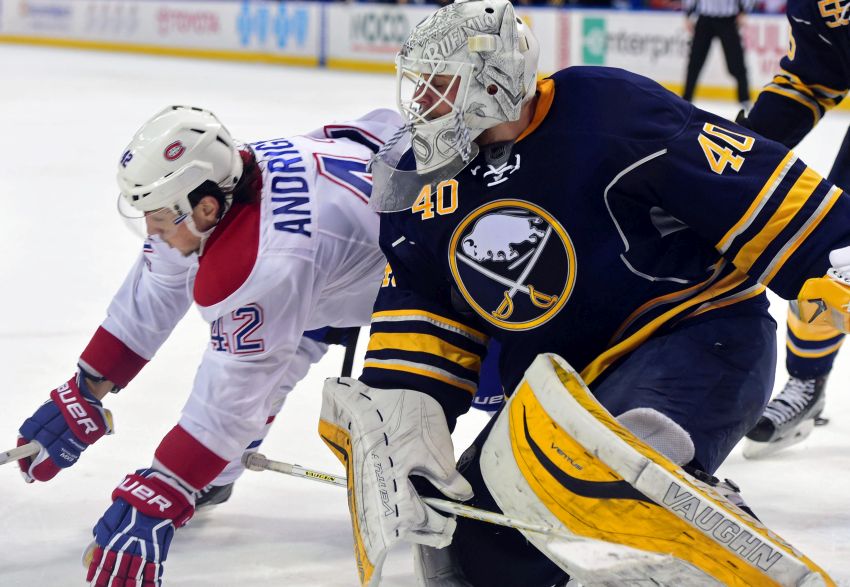 BUFFALO – When Sabres goalie Robin Lehner returned from a high ankle sprain in January, he knew the injury that shelved him more than three months would linger the rest of the season.

The Swede has jammed it into the post twice in the last week, Sabres coach Dan Bylsma said, including in Wednesday’s 3-2 overtime loss to Montreal.

Lehner missed today’s practice inside HarborCenter with something Bylsma called “slightly more than a maintenance day.”

The Sabres will evaluate Lehner, who was sporting a soft cast following the game, later today.

A goalie could be recalled, Bylsma said. They also have rookie Jason Kasdorf on the roster. Kasdorf is recovering from a groin injury and should start practicing soon after signing earlier this week.

“I said to him if he hadn’t taken his helmet off … he might’ve passed for Robin today,” Bylsma joked. “Fortunate we can have a guy who can go in there and has got some experience. He’s a little older now. Not a suitable replacement, but better than a shooter tutor.”

Bylsma said defenseman Carlo Colaiacovo, who also missed practice with a lower-body injury, had more than a maintenance day. The Sabres have only five healthy defensemen.

Update: The Sabres have recalled goalie Nathan Lieuwen and defenseman Chad Ruhwedel from the Rochester Americans.

The Sabres host Ottawa on Friday.