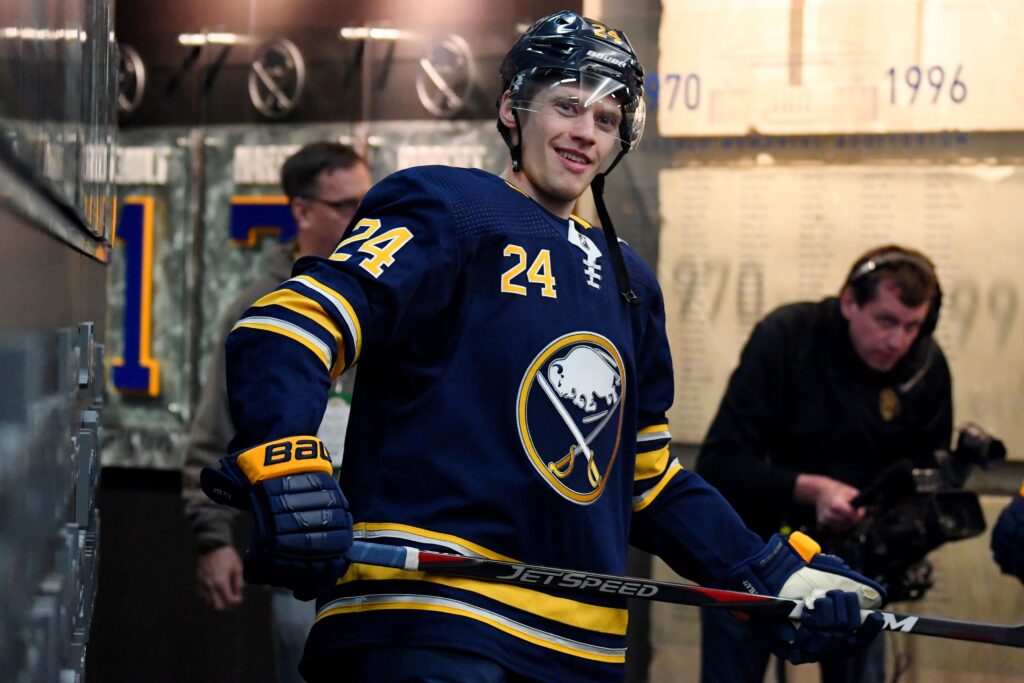 Defenseman Lawrence Pilut has returned to the Buffalo Sabres organization after a two-year stint in the Kontinental Hockey League.

The Sabres on Friday signed Pilut, 26, to a one-year, two-way contract worth $750,000 in the NHL and $300,000 in the AHL, according to capfriendly.com. The Swede played 46 NHL games during his first stint with Buffalo.

General manager Kevyn Adams acknowledged earlier this week the Sabres wanted to re-sign Pilut but needed proof his contract with Chelyabinsk Traktor had been voided. He said the NHL and NHLPA were reviewing a document that had been obtained.

The 5-foot-11, 194-pound Pilut originally joined the Sabres as a free agent in 2018. He starred for the Rochester Americans following his arrival, compiling 10 goals and 49 points in 67 games over a two-year stretch.

The puck-moving defender also registered one goal and six points with the Sabres.

Pilut bolted to the KHL following the 2019-20 season, a move that surprised the Sabres’ old regime. He recorded seven goals and 39 points in 97 games with Traktor.

In other news, the Amerks on Friday re-signed goalie Michael Houser to a one-year AHL contract.

The 6-foot-1, 185-pound Houser, 29, has spent the last four seasons in the Sabres organization, mostly playing for the Cincinnati Cyclones, Buffalo’s ECHL affiliate.

After signing AHL deals the past two years, goalie problems forced the Sabres to award Houser NHL contracts during the season, and he made his first six big league appearances.