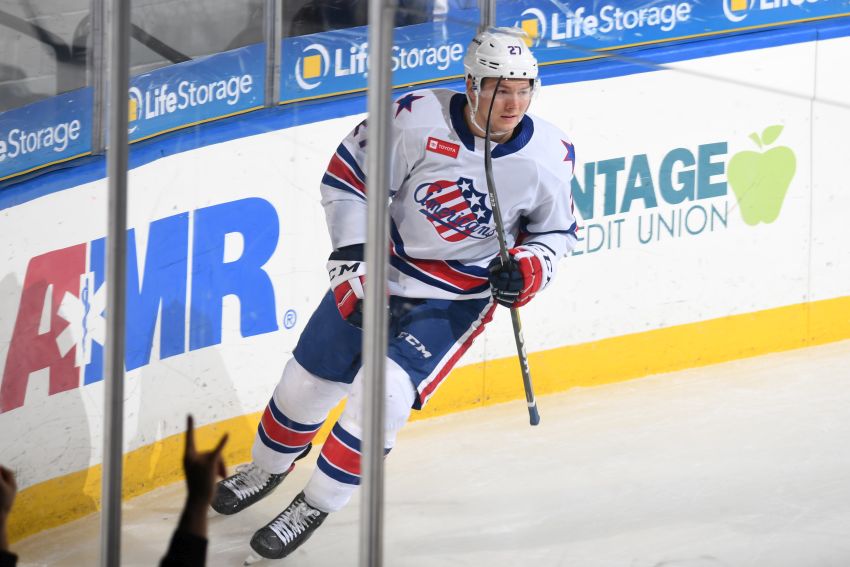 This is Curtis Lazar’s third stint with the Sabres this season. ©2019, Micheline Veluvolu, Rochester Americans

BUFFALO – The Sabres, who lost three centers in about a three-hour span Thursday night, recalled forward Curtis Lazar from the Rochester Americans this morning.

Lazar, 24, has recorded one goal in six NHL games this season. This is third time the Sabres have summoned him.

Eichel, who skated in Thursday’s pregame warm-up, has an upper-body injury. His absence ended his 17-game point streak.

Larsson left with a lower-body injury early in the game. Rodrigues departed after a shot hit the back of his ankle.