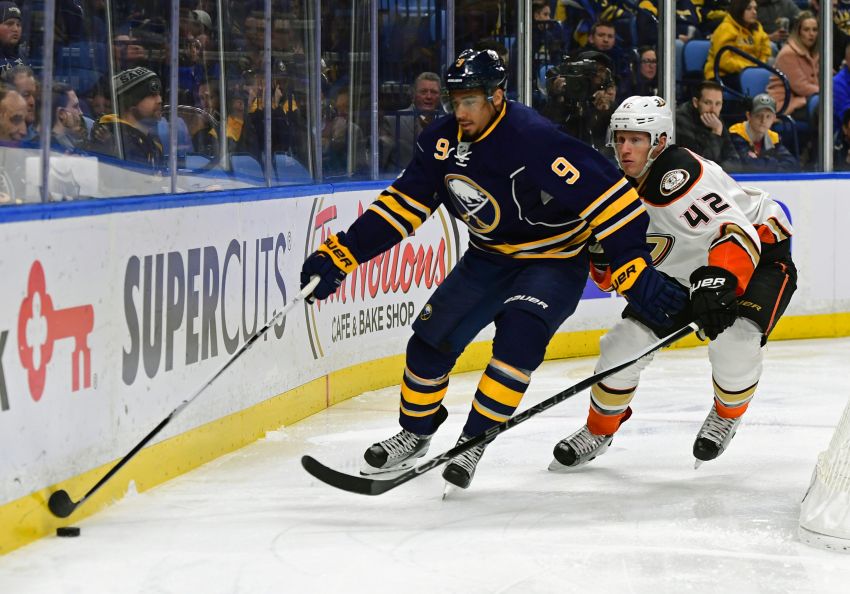 “I’m aware of it,” coach Dan Bylsma said this morning after the Sabres prepared for tonight’s tilt against the hapless Colorado Avalanche at KeyBank Center. “I’m well aware of it.

After some emotional, hard-fought wins on Tuesdays, the Sabres have enjoyed the next day off. Perhaps the Sabres are still drained or not in the proper mode for a game following a day away from the rink.

Following Tuesday’s 3-2 come-from-behind win in Ottawa, the Sabres returned to Buffalo at 2:10 a.m. and had Wednesday off.

The Sabres won’t have a better opportunity all season to earn a Thursday victory. The Avalanche, a pathetic 15-37-2, might be the worst team in recent memory. It ranks 30th in most major categories.

The wretched season is even more stunning considering Colorado isn’t an expansion team or trying to field a loser like the Sabres from two and three years ago.

“This is a team that’s very, very scary and dangerous to me to look past and look at maybe where they’re at in the standings,” Bylsma said. “They have outstanding players – Matt Duchene, (Gabriel) Landeskog, (Nathan) McKinnon. These are very good players, dangerous players.

Kane’s status will be decided before the game.

“Still a bit under the weather, recovering,” Bylsma said.

Kane said: “I feel better now and I feel like I’m going to play.”

Winger Nick Deslauriers will likely be scratched if Kane plays.

Meanwhile, defenseman Cody Franson, out with a bruised left foot after blocking a shot last Thursday, skated with his teammates this morning, his second straight day on the ice. A return Saturday or Sunday is possible, he said.

In other injury news, Bylsma said center Zemgus Girgensons, out with an “internal mid-body injury,” has skated the last two days but hasn’t been cleared for contact yet.

– The Sabres are 12-3-3 in their last 18 homes games against Western Conference teams and 10-6-2 against the West overall this season.

– The Sabres’ second-ranked power play has converted at a 23.1 percent rate, second only to Toronto’s 23.2. They haven’t finished in the top five in power play percentage since 2005-06, when their 21.2 percentage ranked third.