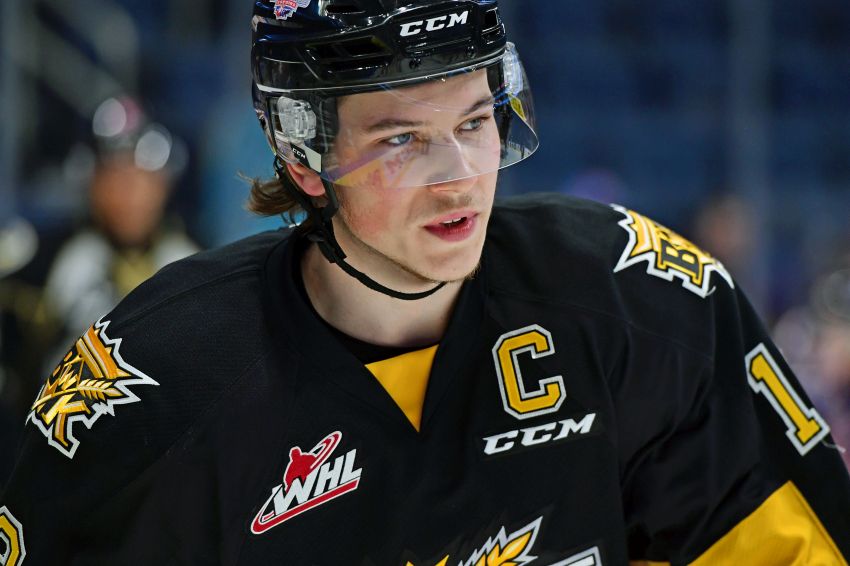 BUFFALO – You won’t find any slick youngsters like Connor McDavid, Jack Eichel, Auston Matthews or Patrik Laine – franchise-changing talents capable of starring in the NHL immediately – at the top of this year’s draft class.

“You don’t have that headliner, like (people) used that word ‘generational’ player,” Dan Marr, the NHL’s director of Central Scouting, told the Times Herald on Friday. “The fact you had back-to-back years with McDavid and Eichel and Auston Matthews and Laine, those you get only one per decade, but we just happened to have them back-to-back years.”

Unlike the last two years, the 2017 NHL Draft Lottery doesn’t have much buzz. Heck, did you even know it was tonight?

Thanks to finishing 26th overall, the Sabres have the sixth-highest odds, 7.6 percent, for the No. 1 pick. They also can’t fall back more than three slots. The hapless Colorado Avalanche own the greatest odds for the top pick at 18 percent.

The prize of the draft will likely be Nolan Patrick, 18, a versatile center who has already starred three seasons for the Western Hockey League’s Brandon Wheat Kings.

“He’s got the ability to take charge and take control, both physically and with his smarts and skill,” Marr said. “There’s no real holes in his skills and attributes as far as size, strength, skating, hockey sense, skating with the puck. … He’s got that desire, that will to win, that will to be the best.”

But beyond Patrick, the son of former Sabres forward Steve Patrick, there isn’t much consensus how the rest of the early picks will go.

“You go from three down to 10, five years from now, they could all be similar type contributors with their NHL team,” Marr said. “The ninth or 10th pick could be every bit as good as the third or fourth guy, and then the rest of the first round is basically the same way.”

Still, while the draft lacks immediate superstars, the Sabres should secure a strong prospect early.

“The top couple of players have the potential to be solid NHL players and play with their teams a good number of years, turn into being the franchise-type player down the road,” Marr said. “The first round is going to have a lot of players that will play in the National Hockey League, play for a long time.

“The order is going to be completely up in the air, because the players, there isn’t a whole lot of separation between them.”

The 5-foot-11, 180-pound Makar had 24 goals and 75 points in 54 games this season with the Alberta Junior Hockey League’s Brooks Bandits.

“A lot of teams said he’s going to move up in the rankings,” he said.

The 6-foot, 170-pound Finn had five goals and 10 points in 37 games this season playing for HIFK Helsinki in SM-liiga, a men’s league.

Marr also said Nicolas Hague, Central Scouting’s No. 6 North American defenseman, is “a guy with range and can skate” who “hasn’t filled in yet.”

The 6-foot-6, 215-pound Hague had 18 goals and 46 points in 65 games with the Ontario Hockey League’s Mississauga Steelheads this season.

“You look a little awkward when you’re almost 6-6, but he’s had no problem getting in on time and getting in the right position,” he said. “Smart player.”

So is McDavid. The Sabres coveted him so badly they tanked a season for a 20 percent chance at drafting him in 2015. The Edmonton Oilers won the lottery, and Murray famously pouted after “settling” for the second overall pick, which he used to take Eichel, another ultra-talented center.

Of course, if the Sabres had won the right to select McDavid, Murray probably wouldn’t have been fired. McDavid just scored 100 points in an MVP-caliber season and has led the Oilers to the second round in their first playoff appearance since 2006.

The Sabres wanted to interview former co-captain Chris Drury and current New York Rangers assistant GM for their vacant GM job, but the Rangers declined the request, according to Sportsnet’s Elliotte Friedman.

The Sabres have also asked for permission to talk to Los Angeles Kings assistant GM Michael Futa, according to The Buffalo News and WGR.

* The expansion Golden Knights were assigned the odds of a team finishing 28th in 2016-17.