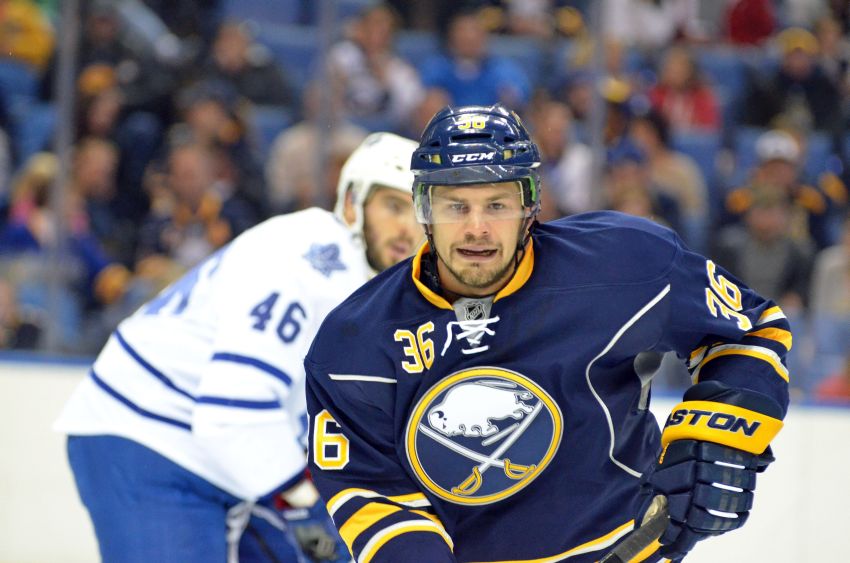 BUFFALO – Ten months away from the team he loves so dearly changed him. No, Sabres winger Patrick Kaleta hasn’t gone soft. But getting banished to the minors and tearing his ACL allowed the hard-hitting agitator to reflect on a career that derailed in just a few weeks.

For seven seasons the Angola native lived his dream playing for the hometown Sabres. No one, it could be argued, took greater pride in wearing the blue and gold. Then, on Oct. 10, Kaleta hit Columbus’ Jack Johnson in the head, earning his fourth NHL suspension.

He hasn’t played for the Sabres since that night.

“It was horrible,” Kaleta said about his season away from the Sabres. “I’m not going to sugarcoat it. It was the worst year of my professional career.”

Kaleta’s ready for a dogged fight to earn back his roster spot. Doctors cleared him Thursday morning. He said the right knee he injured Nov. 29 isn’t quite 100 percent.

“But it’s strong,” he said. “Nothing’s going to happen to it. They say it can be up to a year where you start feeling like nothing happened. I’m still going to get sore.”

He added: “I can’t expect to go out there and be toe-dragging people right off the bat.”

Kaleta has never played for coach Ted Nolan, although the Sabres planned to summon the 28-year-old from his three-week exile in Rochester before the injury. Kaleta loved watching Nolan’s rough-and-tumble teams during his first run as Sabres coach.

“I was pumped up when I heard he was going to be the coach,” Kaleta said. “Growing up, watching the type of team he had, it was really exciting to watch, enjoyable as a fan to watch, physical, hard work.”

“I think not only myself, but the other guys on the team, we’re going to be expected to at least go out there and compete and work hard,” he said. “Whereas last year, that wasn’t always the case.”

Kaleta and Nolan have already connected. Nolan allowed him to rehab around the team late last season, a gesture he’s grateful for.

“Hopefully,” Kaleta said, “I can repay him with my work ethic.”

Kaleta, of course, always plays full tilt. But his habit of hitting opponents illegally – often in the head – cost him his job.

Instead of letting him return following his 10-game ban, former Sabres general manager Darcy Regier, under pressure from the NHL, waived Kaleta before kicking him to the AHL with a blunt message: you can’t return until you’ve changed.

“I love aggressive players, as anyone does in the league,” Nolan said. “But there’s a point of being too aggressive and hitting people in a vulnerable position. Patty, if he had to rewind it, there’s some things he probably would’ve held off a little bit.

“We’ve had a long time to talk and discuss those kind of things. We don’t want to take away what he does best, and that’s being aggressive and being first on the forecheck and being an antagonizer for the other team. But there’s that line you don’t want to cross. We talked about that line for quite some time.”

Kaleta insists he’s changed. He won’t, however, stop showcasing his tenacious style, “because that’s what got me here.”

“That one part where it gets away, I just got to settle down a little bit and make the right play.”

He added: “I think I’ve learned a lot more about myself than I’ve learned about my game. That’s going to be a big benefit for me in the future.”

Not surprisingly, Kaleta pushed his rehabilitation too hard at times.

“During the summertime I had to calm down a little bit with overdoing it,” he said. “Even a couple weeks ago I was on the ice a little bit too long, and I got yelled at to get off. It’s been a long time coming.”