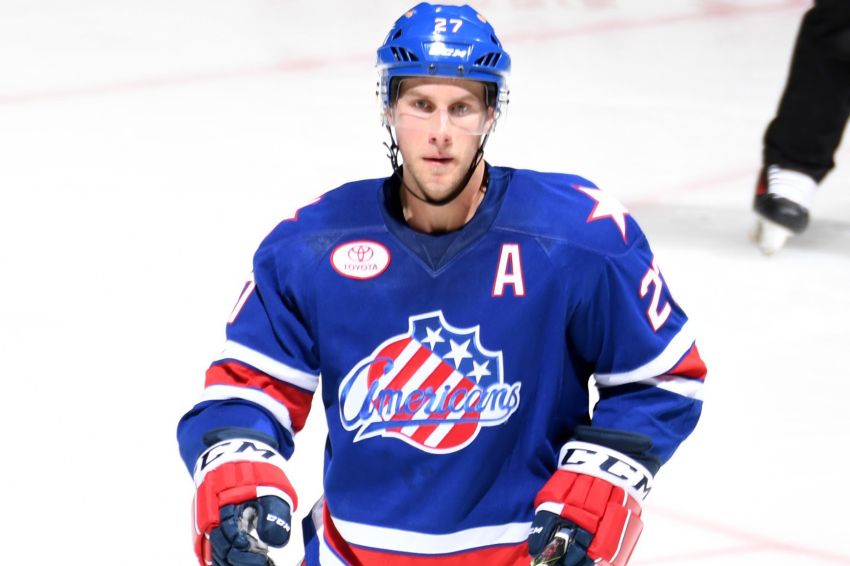 “Something had to give there,” Fedun said prior to Tuesday’s 2-0 win over the Sabres inside KeyBank Center. “It was a point where they had a lot of bodies on D. I had kind of fallen out of the spot where I was playing all the time and would have an opportunity to get called up.”

Fedun has been in Dallas since Nov. 22. While the Princeton graduate sat out Tuesday’s game, he has compiled three goals and 10 points in 43 NHL games this season.

Now, Fedun feels like he has finally found a home. He just needed an opportunity.

“From a career standpoint,” Fedun said of the joining the Stars, “it’s been unbelievable.”

Why? Well, Sabres coach Phil Housley said Nelson was scratched mainly because his play “has dipped the last couple games.”

“We’ve got some other guys there available and we haven’t had a lot of success, so we’ve made some changes,” Housley said.

The Sabres also scratched winger Zemgus Girgensons. Tage Thompson moved in after being scratched for the 3-0 loss in Colorado.

Eichel served the first game of his two-game suspension for his illegal check to Colorado forward Carl Soderberg’s head.

Girgensons called Montgomery, his coach with the junior United States Hockey League’s Dubuque Fighting Saints, a “hell of a coach.”

Girgensons and Montgomery, who’s in his first year with the Stars, won a championship together in 2010-11.

Montgomery was teammates with Housley as a rookie with the St. Louis Blues in 1993-94.