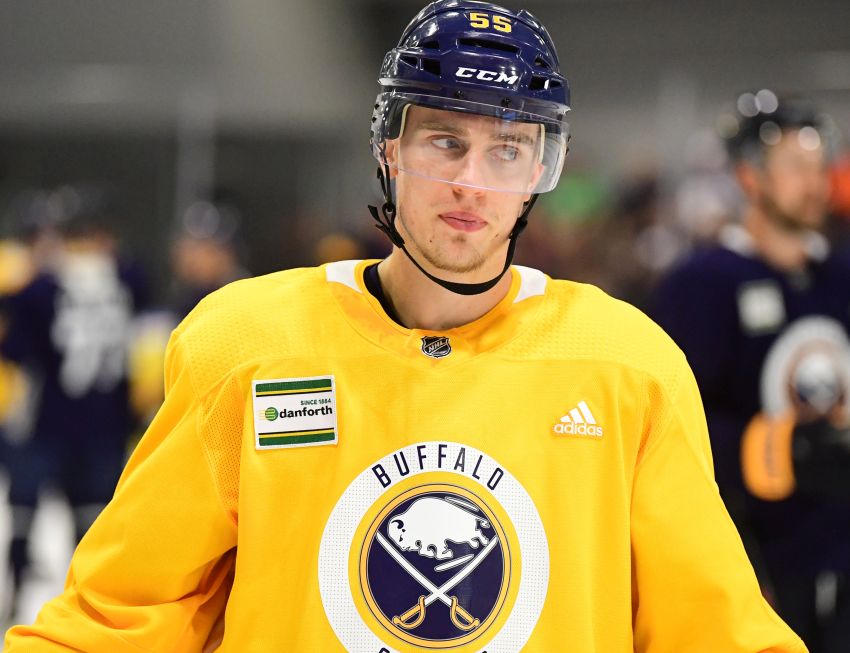 BUFFALO – Despite being confined to his bed by the flu last week unable to eat or drink, Sabres defenseman Rasmus Ristolainen had no problem getting up for Tuesday’s meaningless late-season game.

“I mentally feel really fresh,” Ristolainen said prior to the Sabres’ 3-2 loss to the Nashville Predators inside KeyBank Center. “It’s kind of fun to play hockey. Just sort of bring some fresh energy to the room and on the ice.”

Ristolainen said the Sabres have “nothing to lose” over these final contests.

“Everyone’s got to play for something, at least give the fans what they earned, bring some excitement for them and play for each other,” said Ristolainen, who averages more than 24 minutes of ice time an outing.

While Ristolainen, 24, is an established six-year veteran, he would love to finish the season on a high note. The Finn’s wretched minus-42 rating ranks last in the NHL. Thanks to his first-period assist, he hit the 40-point mark for the fourth straight campaign.

Ristolainen, who missed four games, said he lost “a lot” of weight battling the flu.

“He’s found his way back,” Sabres coach Phil Housley said. “Obviously, we haven’t had a lot of ice time, so he’s going to have to manage his ice time and where he is on his shift.”

Right now, thanks to a few injuries, the Sabres have a whopping 11 defensemen on their roster.

Marco Scandella’s season is over, Housley said. Scandella blocked a shot with his foot in Saturday’s ugly 5-1 road loss to the New York Islanders.

With Ristolainen back, rookie defenseman Will Borgen, 22, sat against the Predators.

Sabres winger Victor Olofsson, 23, said his parents, Maria and Tony, have been staying up into the wee hours of the morning in Sweden to watch his first NHL games.

“The games have been starting around 12 (a.m.) for them, so it’s not super easy staying up,” the rookie said. “They’ve been very excited.”

So far, Olofsson has looked comfortable in the NHL, recording a goal and two points. He said performing well in his debut helped him calm down and generate confidence.

“I haven’t really been changing much since I got up from Rochester,” said Olofsson, who has scored 27 goals and 60 points in 64 AHL games with the Americans this season.

“It’s something I really haven’t experienced before, I think,” Olofsson said. “Of course, you can kind of see it watching NHL hockey, but it’s a different feeling being out there and experiencing it by yourself.”

After sitting out Sunday’s 4-0 loss to the Columbus Blue Jackets as a healthy scratch, Sabres winger Jason Pominville played Tuesday.

During an interview on the MSG broadcast during the first intermission, Patrick Beilein said he cried when the Sabres lost in the Stanley Cup final in 1999. He spent part of his childhood here while his father coached Canisius.