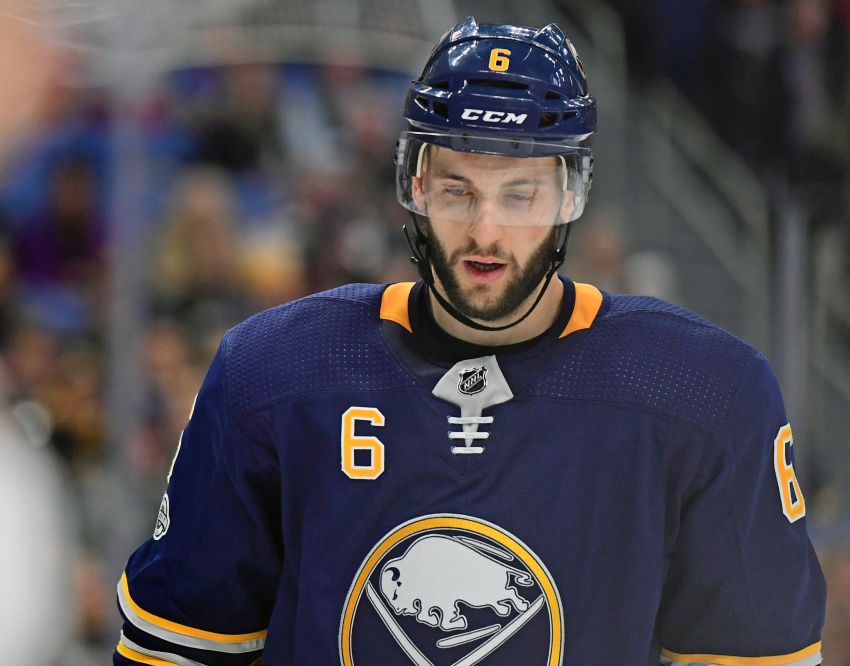 Scandella, out since blocking a shot with his foot Saturday, will miss the final three games, coach Phil Housley said.

The Sabres, however, will have minute-munching defenseman Rasmus Ristolainen back tonight against the Nashville Predators following a four-game absence.

Ristolainen, 24, said he lost “a lot” of weight battling the flu.

Sabres coach Phil Housley said: “He’s found his way back. Obviously, we haven’t had a lot of ice time, so he’s going to have to manage his ice time and where he is on his shift.”

Ristolainen has compiled five goals, 39 points and an NHL-worst minus-42 rating in 75 games this season. He has averaged a team-high 24 minutes, 42 seconds of ice time an outing.

The Finn needs one point reach the 40-point mark for the fourth straight campaign.

Ristolainen said the reeling Sabres, who have lost seven straight games (0-6-1), have “nothing to lose” over these final contests.

“Everyone’s got to play for something, at least give the fans what they earned, bring some excitement for them and play for each other,” Ristolainen said.

With Ristolainen back, rookie defenseman Will Borgen, 22, will sit tonight.

After a one-game absence, winger Jason Pominville will return tonight. To make room, the Sabres will scratch winger Zemgus Girgensons.

Goalie Carter Hutton will start against the Predators, his former team.

One thought on “Sabres’ Marco Scandella out for season; Rasmus Ristolainen set to return”