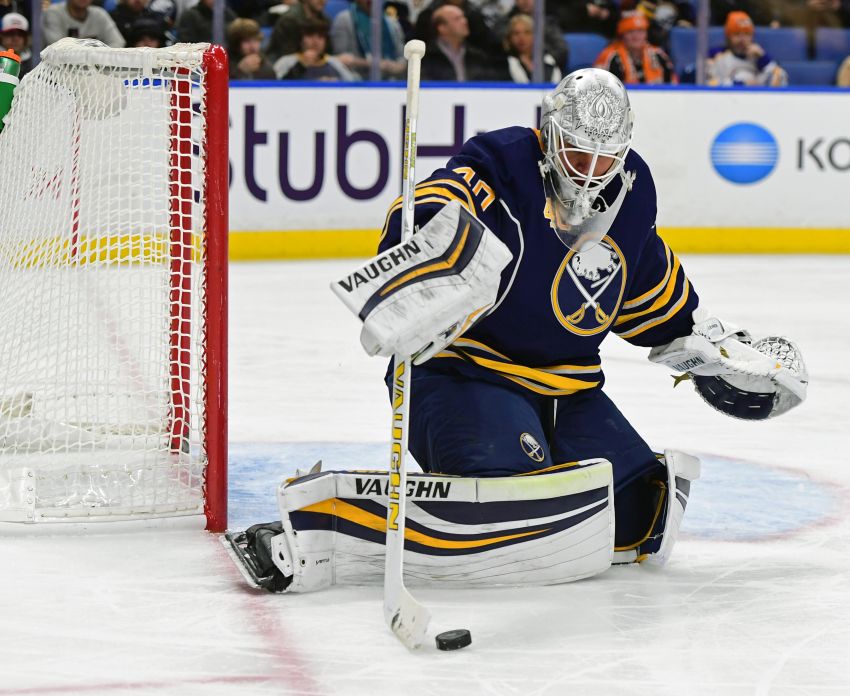 No. The Sabres still aren’t sure if Lehner will back up goalie Anders Nilsson tonight against the New York Rangers.

Update: The Sabres have recalled Ullmark.

Fans love Eichel, who can electrify a building. The KeyBank Center, of course, has often been quiet this season.

“Try to put on a good show for them,” Eichel said.

The Sabres have the league’s worst offense and just a 3-4-3 home record. But how badly have they performed offensively at home? They’ve scored only 14 goals, just five coming five-on-five.

Bylsma knows the Sabres must “do something to get (fans) into the game.”

“Jack’s one of those guys gets everybody off their feet when he grabs the puck, touches the puck,” he said. “That was the case last year. A lot of the excitement in the building came from that anticipation of Jack having the puck and making a play, his speed and dynamic with the puck. We need to have Jack do that to get our fans in the game tonight.”

“I had hoped between 16 and 18 minutes, and that’s where we got him,” Bylsma said. “He’s felt pretty good. He’s claimed he didn’t feel anything in the game at all the last game, which would be remarkable from the injury he’s coming back from.”

Bylsma added: “That’s kind of monitoring where he’s at conditioning-wise and game shape-wise. I’d love to see that keep growing as we move along.”

Even if the Sabres can’t score, the crowd might see some goals. The 16-7-1 Rangers have already scored a league-high 88 goals.

Incredibly, that’s 45 more goals than the Sabres have scored!

Nilsson is 1-1 with a 4.03 goals-against average and an .852 save percentage against the Rangers in his career.