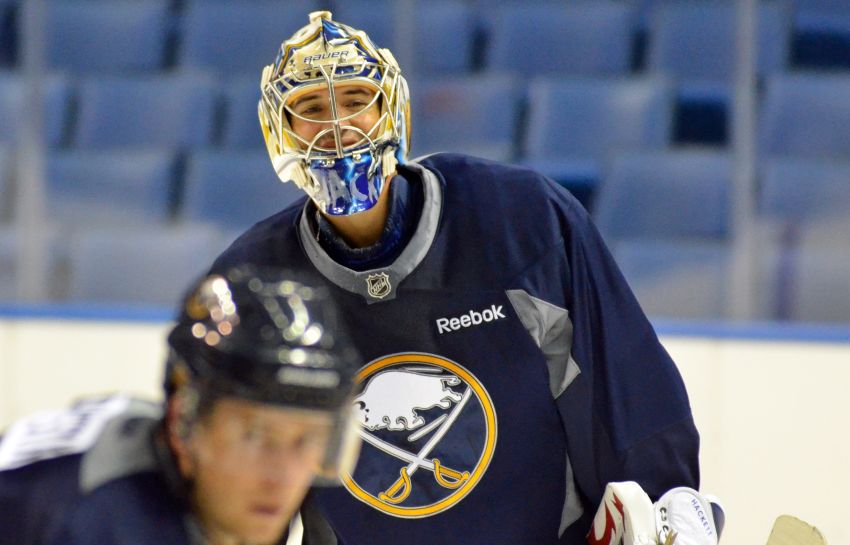 BUFFALO – Almost a year later, Matt Hackett hasn’t fully recovered from his torn right ACL. The goalie still experiences soreness after games, so the Sabres want him to rest.

Hackett will likely start tonight’s contest against the Arizona Coyotes, his fourth nod this season.

“He fought through a long recovery period,” Nolan said Wednesday inside the First Niagara Center. “To throw him in when he’s sore would be jeopardizing that situation.”

Hackett just has to deal with pain until his knee heals.

In other news, Sabres defenseman Zach Bogosian (lower body, six games) will likely return tonight. Nolan hinted Nikita Zadorov could sit. The rookie made a huge gaffe Saturday, leaving the ice in the middle of a play after breaking his stick. The Predators scored seconds later.

Nolan told Zadorov his teammates could pay with some skating if he doesn’t change.

“When you put a little peer pressure on somebody, they do it a little bit better,” Nolan said. “So today he was good. He’s just one of those players we have to talk to on a regular basis.”

Nolan also said winger Jerry D’Amigo, who was high-sticked in the face Saturday, was being examined Wednesday.