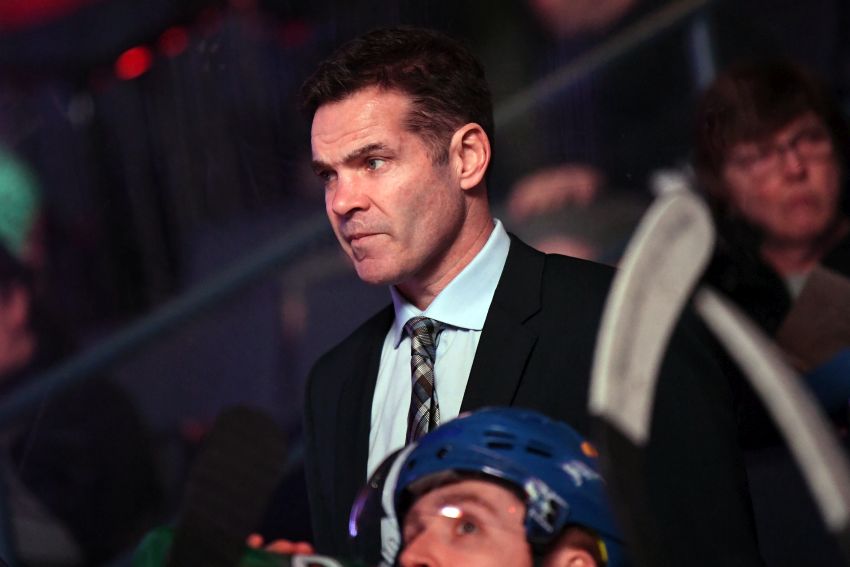 For the first time in years, the Amerks morphed into a consistent winner. Players, meanwhile, regularly raved about the affable Taylor and his staff.

When the Sabres needed an assistant to fill in behind the bench early this season, they elevated Taylor, who is often talked about as a future NHL coach.

Despite their recent success – the Amerks were on track for their third straight playoff appearance when the COVID-19 pandemic forced the AHL to cancel the rest of the season – they’re starting over.

Sexton, who carefully crafted the Amerks’ roster, also served as their GM.

Taylor, 48, has made Rochester his permanent home since he played for the Amerks and Sabres. After serving as an Amerks assistant coach for five seasons following his retirement, the Sabres fired him in 2016.

Botterill, who was then Pittsburgh’s associate GM, hired Taylor, his friend and former teammate, as an assistant for Wilkes-Barre, the Penguins’ AHL affiliate. When Botterill and Sexton came to Buffalo in 2017, they quickly brought Taylor back to coach the Amerks.

Taylor compiled a strong 116-65-33 record as Amerks coach. They lost in the opening round of the playoffs the last two seasons.

Dineen subbed for Taylor when the Sabres summoned him to replace assistant coach Don Granato, who battled pneumonia.

Dismissing Greeley and Sexton leaves the Sabres with a dearth of experience in the front office.

Kevyn Adams, Botterill’s replacement, is a rookie GM who served on the business side before Tuesday’s promotion.

So will the Sabres hire another assistant GM, perhaps one with experience, to help Adams?

“We’re open to it,” Sabres owner and president Kim Pegula said on a Zoom call Tuesday. “Kevyn’s open to it. It’s finding, making sure that it’s the right people and they’re also in line with the right vision that we collectively agree (and) want to see going forward.”

“I don’t believe in that philosophy,” he said.

In the press release announcing Botterill’s firing, the Sabres made it clear Ralph Krueger, who was hired by Botterill last year, would be staying on as coach.

In their statement, the Pegulas cited Adams’ “close working relationship” with Krueger, who also participated in the Zoom call.

Krueger tried to douse speculation he would be more involved in the hockey operations and player personnel under Adams.

“I signed on here as the head coach of the Buffalo Sabres, and I’m very proud to continue,” Krueger said. “There’s a lot of emotions attached to decisions that were made today, but all that matters now is the actions we take moving forward. My actions will continue to be as the head coach.”

“We met on so many platforms this year, whether it was dinner in Arizona or a FaceTime while I was traveling or at home in Buffalo,” he said. “We had lots of conversations. They were much more around business because of my past as chairman in Southampton (a Premier League soccer team) and Kevyn in his new role. We predominately had calls and conversations about the world of business, moving from sports leadership into business and doing it in a combination.

“It’s going to be a team effort going forward from Kim, Terry to Kevyn and myself, we feel a common philosophy here. We feel a common ground and we’re excited about the opportunities that we have moving forward.”

Adams said: “Ralph has that infectious personality and energy and positivity about him. We’re going to be in lockstep together.”