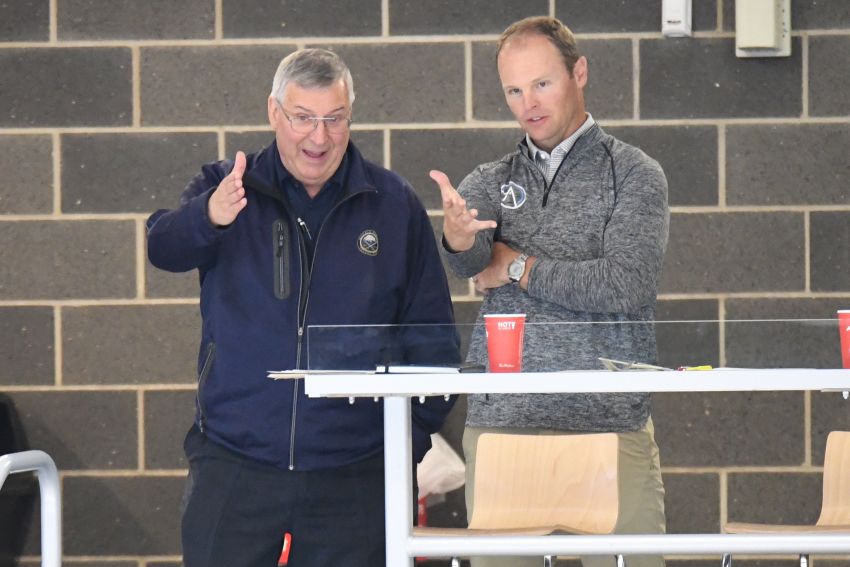 On Tuesday, the Sabres axed Botterill – one of a slew of firings – and named Clarence native Kevyn Adams, who had been serving as the team’s senior vice president of business administration, his replacement.

Later in the day, they let go Rochester Americans coach Chris Taylor and his assistants, Gord Dineen and Toby Petersen. They also fired Ryan Jankowski, the team’s director of amateur scouting, and much of the amateur scouting staff, according to Sportsnet’s Elliotte Friedman.

Since the Pegulas, who are billionaires, purchased the Sabres in 2011, they’ve employed one of the NHL’s largest hockey staffs. But with the pandemic battering the economy, those days are over.

Going forward, the Pegulas want the Sabres to become a different kind of operation.

“We’re going to get leaner,” Terry Pegula said. “It’s just the way the world’s heading. Any business today, you look at the things you do, they’re more efficient, they do things quick, they use this new technology that we all have at our fingertips.”

Clearly, Botterill did not agree with the changes the Pegulas want to implement.

One thought on “After firing Jason Botterill, Sabres will go forward as ‘leaner’ operation”