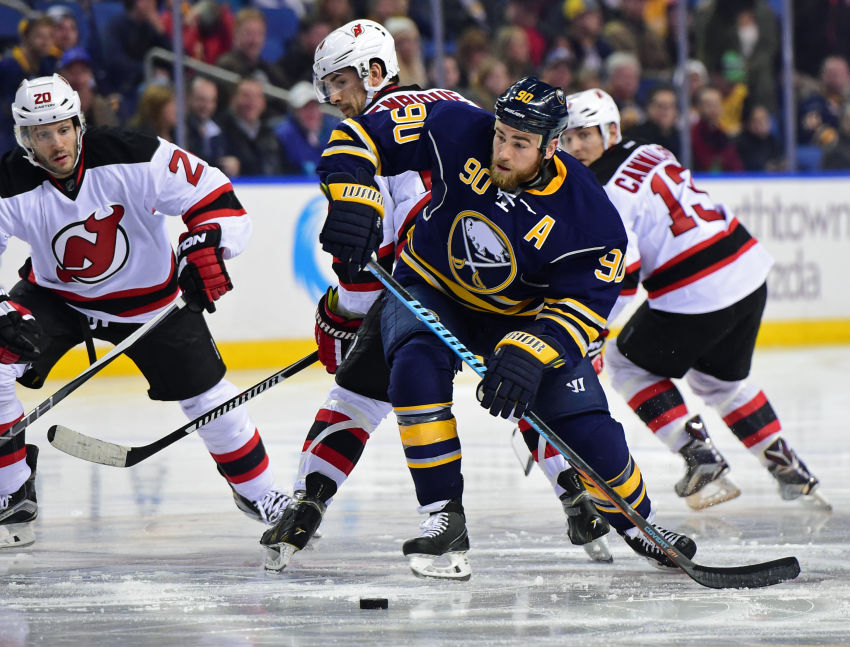 The Sabres’ new “super line” has 62 total goals this season. No one else in the lineup has more than 10.

Bylsma said forward Cal O’Reilly, a healthy scratch the last two games, will return. Zemgus Girgensons, Eichel’s winger recently will switch back to center, a position he has thrived at in the past.

Bylsma clearly hopes moving Ryan O’Reilly up to the wing, where he played briefly in October, will help him start scoring goals again. The Sabres’ lone NHL All-Star hasn’t scored since Jan. 8, a 24-game stretch. He has 18 assists in that stretch, however.

“With Ryan on the wing, I think you’ll have the benefit of Jack being the transporter of the puck, a guy who can lug the puck and possibly be more of an opportunity for Ryan to be the recipient of a couple pucks and maybe have an opportunity to (score),” Bylsma said inside the Consol Energy Center.

Kane (upper body) is day-to-day and will be evaluated when the Sabres return to Buffalo.

– The Penguins have beaten the Sabres eight straight meetings and have won four straight games here.

– The Penguins are 8-1 in the last nine games and have an NHL-high 10 wins in March.

– Goalie Matt Murray will start for the Penguins.

– Penguins star Sidney Crosby has 14 goals and 48 points in 30 career appearances against the Sabres.