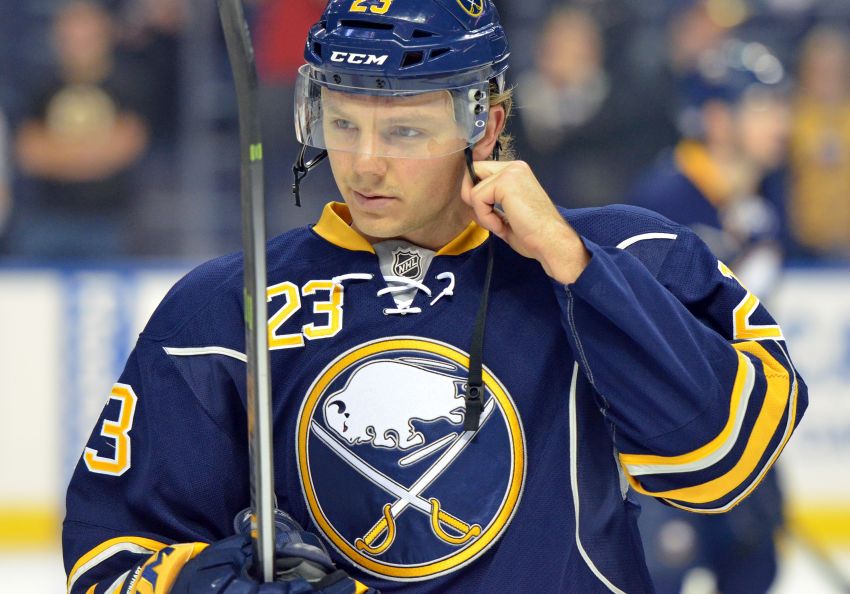 PITTSBURGH – When general manager Tim Murray told Sam Reinhart, his top prospect, the Buffalo Sabres would be sending him back to junior, the 18-year-old handled the difficult news well.

Murray said Reinhart “should be disappointed.”

Murray shares Reinhart’s emotion. The two will forever be tied to each other.

“I told him, ‘You’re my first first-round draft pick as a GM,’” Murray said. “Obviously, I was cheering for him. But I can’t let emotion come into play on the decision.”

Reinhart struggled during his short stint, compiling zero goals, one assist, three shots, two penalty minutes and a minus-1 rating. The youngster’s contract would’ve activated if he played his 10th game.

Clearly, that wasn’t going to happen. Nolan scratched Reinhart twice and mostly skated him limited minutes on the fourth line. He played a game-low seven minutes, 45 seconds in Thursday’s 3-2 overtime loss to Boston. He averaged 10 minutes, 22 seconds of ice time each appearance.

The Sabres couldn’t force Reinhart into the lineup every game.

“I can’t keep him here, say, ‘Look what we did here, our first-round pick played 82 games in his first year eligible,’” Murray said. “It’s craziness to me. It’s about doing what’s right for him and right for the organization.”

For Murray, returning prospects to junior, even elite ones, is just a normal part of development.

Of course, having dominated the Western Hockey League for two seasons, Reinhart has also outgrown junior. Reinhart had 36 goals and 105 points in 60 games last season and 35 goals and 85 points in 72 contests two years ago.

Murray said Reinhart must start working toward his goal immediately.

“He’s going to have to find a way two or three times a week to slip out on his own and get to the gym and get stronger,” Murray said.

That vision for Reinhart might not mesh with Kootenay coach Ryan McGill’s.

“He’s going to have to manage his time different,” Murray said about Reinhart. “It might be a different message than his junior coach would like him to send, and I understand that.”

Reinhart will almost certainly spend some away from Kootenay. He could captain Team Canada’s entry at the world junior championship in December.

The Sabres play the Penguins tonight.