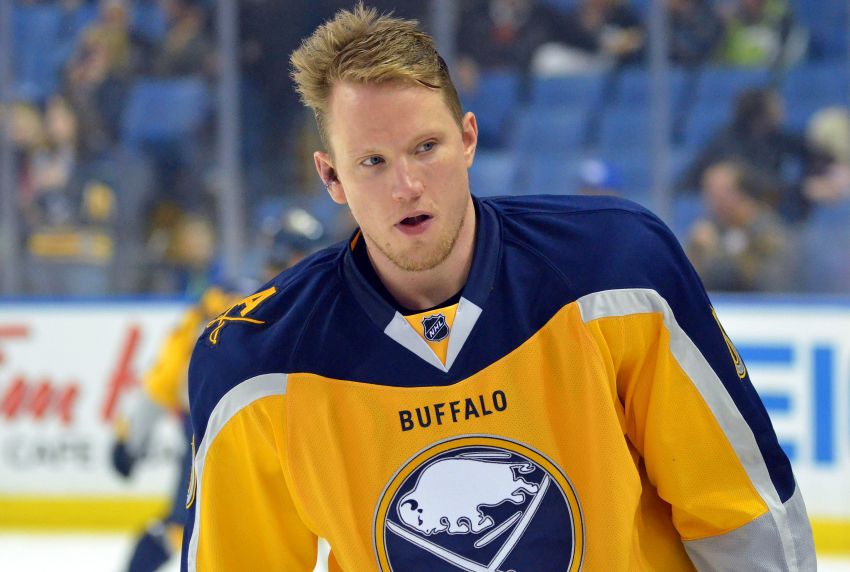 “That was kind of my expectation,” Ehrhoff said this morning inside the Consol Energy Center, “but it didn’t end up that way.”

On June 29, the Sabres used their second compliance buyout to eat the final seven seasons of Ehrhoff’s 10-year contract. The German signed a one-year, $4 million contract with the powerhouse Penguins on July 1.

Ehrhoff joined the Sabres in 2011 expected to be a final piece in the Stanley Cup puzzle. He departed months after they finished dead last.

Clearly, he wanted to leave Buffalo.

Check back later for a full story on Ehrhoff.

The 2-8-1 Sabres have a stiff challenge tonight against the Penguins, whose No. 1 power play is operating at a stunning 39.5 percent. No other team is above 26.5 percent.

The Sabres have the No. 8 penalty killing, though

“Our penalty killing has been OK,” Nolan said. “It could be better.”

Meanwhile, the Sabres have just 40 shots in their last three games. They had a franchise-low 10 in Tuesday’s disastrous 4-0 loss in Toronto.

“I don’t know how you practice shooting the puck,” Nolan said. “We shoot it every day in practice. It’s just a natural tendency. When you get that mental block, it affects your play, and especially with the power play, when haven’t got that confidence with it, you don’t believe you could.”