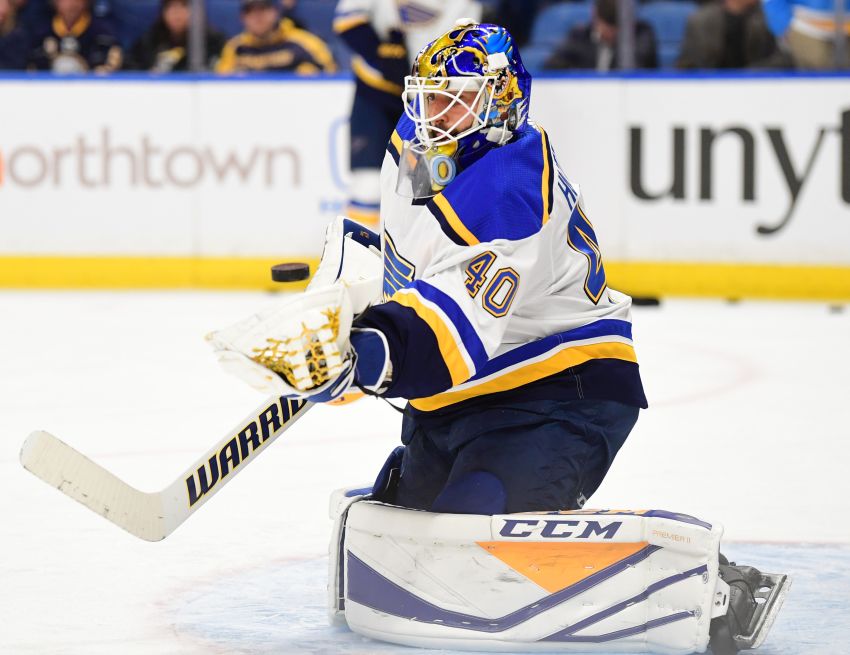 There has been speculation the Sabres would pursue Hutton, 32, since they let starter Robin Lehner go last week.

With Lehner gone and Sabres management clearly uncomfortable with prospect Linus Ullmark carrying the load, the Sabres had to pursue a proven veteran.

To land Hutton, who has never played more than 40 games in an NHL season, the Sabres likely offered him a three-year contract.

The 6-foot-1, 201-pound Hutton went undrafted and played four seasons at UMass Lowell. He has played for two other NHL teams – the Chicago Blackhawks and Nashville Predators – but was also dressed for games with the Philadelphia Flyers and San Jose Sharks.

Hutton morphed into arguably the NHL’s best backup last season, going 17-7-3 with a 2.09 goals-against average and a .931 save percentage, which ranked first among goalies who played at least 30 times.

Sounds like Carter Hutton will in fact be joining the Buffalo #Sabres. Best opportunity for him. Had a lot of interest. More info to come Sunday #stlblues