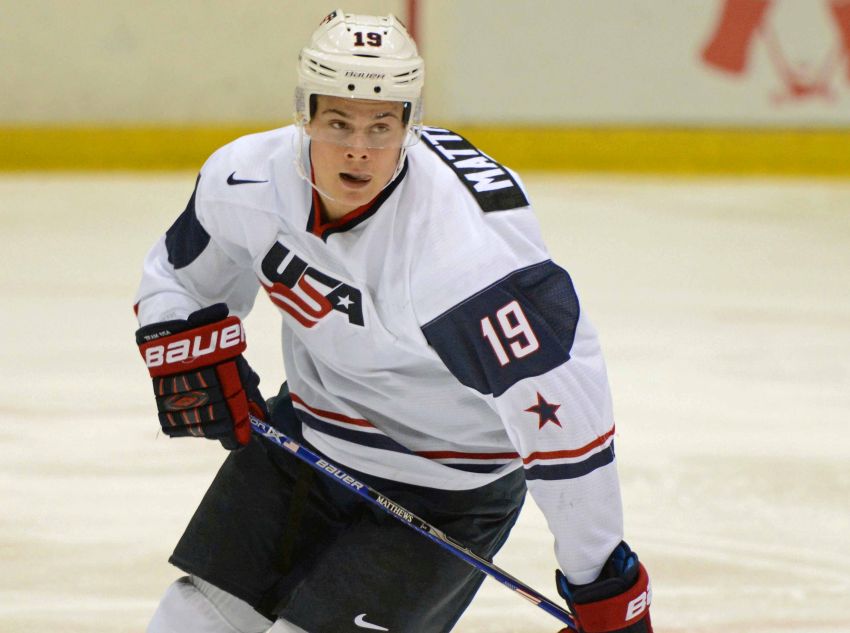 The Toronto Maple Leafs, who stripped down their roster this season under the direction of president Brendan Shanahan and finished dead last, won tonight’s NHL Draft Lottery.

The Leafs, who had 20 percent odds for the No. 1 overall pick, will almost certainly use it to select Arizona-raised center Auston Matthews, the prize of this year’s NHL Draft.

The Buffalo Sabres stayed put in the lottery, meaning they’ll select eighth when they host the draft June 24. They had 6 percent odds to nab the No. 1 pick.

The Sabres drafted No. 2 the last two years, picks they used to select young stars Jack Eichel and Sam Reinhart.

The will be the fourth straight year they have a pick in the top 10. They last selected No. 8 in 2013, when they drafted defenseman Rasmus Ristolainen.

While Sabres fans probably don’t like the idea of Matthews going to the Leafs, the youngster and Eichel, another American center, could be rivals for years to come.