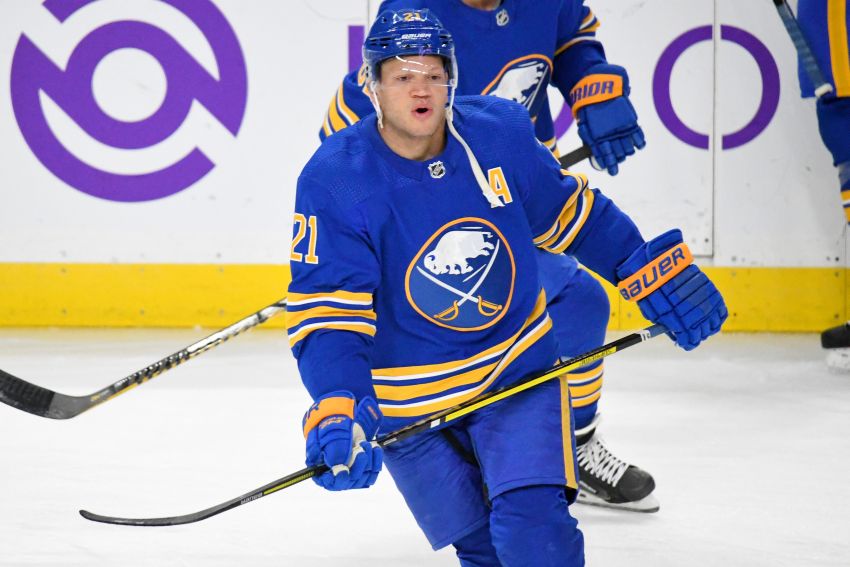 BUFFALO – Sabres winger Kyle Okposo has undergone season-ending surgery to repair a broken bone in his cheek, the team announced this afternoon.

Okposo, 33, left the ice bleeding 9:27 into Thursday’s 5-2 win against the Washington Capitals after teammate Matt Irwin’s shoot-in struck him around the left ear.

His loss could be significant for the Sabres, who have 13 games left this season. The alternate captain has been one of their prominent leaders for years.

“He’s such a great communicator to us, to the teammates,” Granato said on a Zoom call prior to this afternoon’s game against the Pittsburgh Penguins at KeyBank Center. “Everybody looks up to him. So we definitely lose a big portion of that. He’s a guy that’s around all the time and I’m sure he’ll still be helping us in many respects.

“And then the other side of it is, you think about it, I’m glad this didn’t happen any sooner. It’s bad that it’s happened and he’s missing the season, but certainly I’m grateful we’ve had him to this point, because he’s done an awful lot for us.”

Okposo compiled two goals and 11 points in 33 games this season. After a slow start – he suffered a lower-body injury in training camp and missed the first five contests – he recorded 10 points in his last 13 outings.

In other news, the Sabres this afternoon recalled winger Steven Fogarty from the Rochester Americans to the active roster and goalie Ukko-Pekka Luukkonen to the taxi squad. Granato said Fogarty will replace Okposo.

With Linus Ullmark week to week after suffering a lower-body injury, the Sabres needed to add a goalie to the taxi squad.

Granato said he hasn’t thought about Sunday’s starting goalie against the Penguins. He said Luukkonen, the Sabres’ top goalie prospect, “will get in there at some point.”

“I haven’t even given it thought as to tomorrow’s game,” Granato said. “I know it would be tough with Tokarski going tonight to play back-to-back, but that’s not out of the question, either. So just haven’t made a decision on it, I’m not even thinking that far ahead yet.”