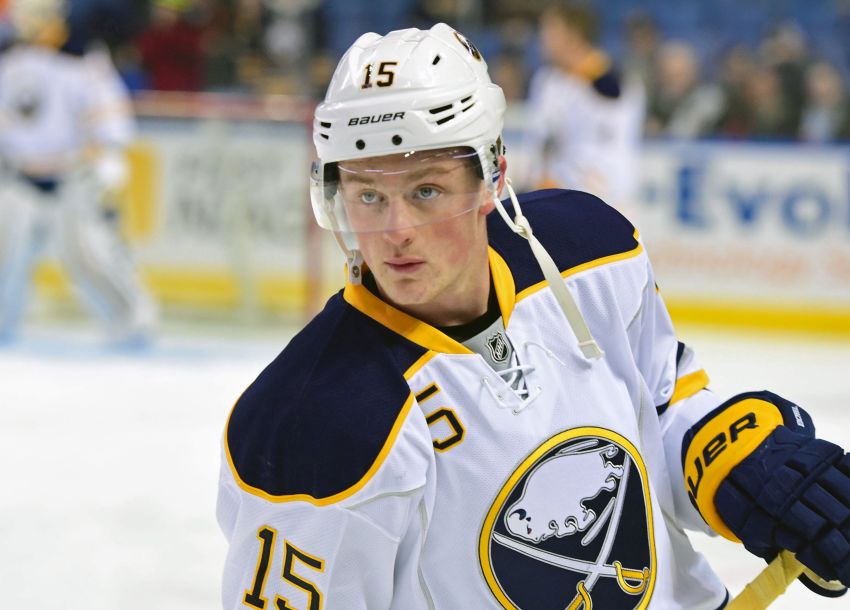 BUFFALO – Jack Eichel spoke with conviction rarely heard from teenage athletes. After growing together for a season, the talented center said, the Sabres possess the belief and talent to make the playoffs.

“Anything less than that,” Eichel said Wednesday, “is an underachievement this year for us.”

Eichel, 19, just returned from a three-week gig at the World Cup of Hockey. His time with Team North America, a rollicking squad comprised of elite 23-and-under talent, has clearly energized the young star as he begins his second NHL season.

“The games were exciting, and the thing was we were having fun playing and enjoying it,” Eichel said inside KeyBank Center. “That made it that much better.”

Eichel looked confident and relaxed during his 12-minute chat with the media, discussing the World Cup, his goals for the upcoming season and joking about his roommate, winger Sam Reinhart. He sounded like a 10-year veteran.

There are, of course, huge expectations for him following a terrific 24-goal, 56-point rookie season in which he steadily improved. Just a month before his 20th birthday, he has already become the face of the Sabres.

While Eichel has some personal milestones in mind, he wouldn’t divulge them. Instead, he only spoke about his team goals.

After a strong second half last season, he believes players should “expect more out of ourselves.”

“I think we all have the same (goal), and that’s make the playoffs,” Eichel said. “You can say, ‘Be in the hunt or whatever.’ I think we have the guys in the room, and I think that we all believe in ourselves. We have the team to do it.”

And, quite possibly, an elite center to help drive the team to the postseason for the first time since 2011.

“I think you’re going to see another level to his game and more of a level than you saw at the end of last year,” Bylsma said. “The sky is really the limit for where he can go with his game.”

Bylsma, however, is unsure where that game might go.

“I think he can be a massive goal scorer,” he said. “He may turn into more of a playmaker. But I think it’s really where he decides to go with his game, and I think that’s going to be kind of the exciting part of what we see this year.”

Eichel did well at the World Cup, compiling one goal and two points in three games.

There had never been a squad assembled like Team North America, whose exciting, fast brand of hockey wowed fans, becoming the talk of hockey.

“It’s been a hit,” Eichel said of the tournament. “Looking at the way the tournament has been received, there’s been a lot of buzz around it, which is great. I think, as a league, we definitely want to keep doing that.”

Still, based on recent reports, the radical idea of a young all-star team could be one-and-done. The country-on-country format might return in 2020.

Eichel enjoyed Wednesday’s practice, skating with Reinhart and Matt Moulson, his old roommate. He already went through a short training camp and exhibition schedule before the World Cup started, so he’s prepared for another camp.