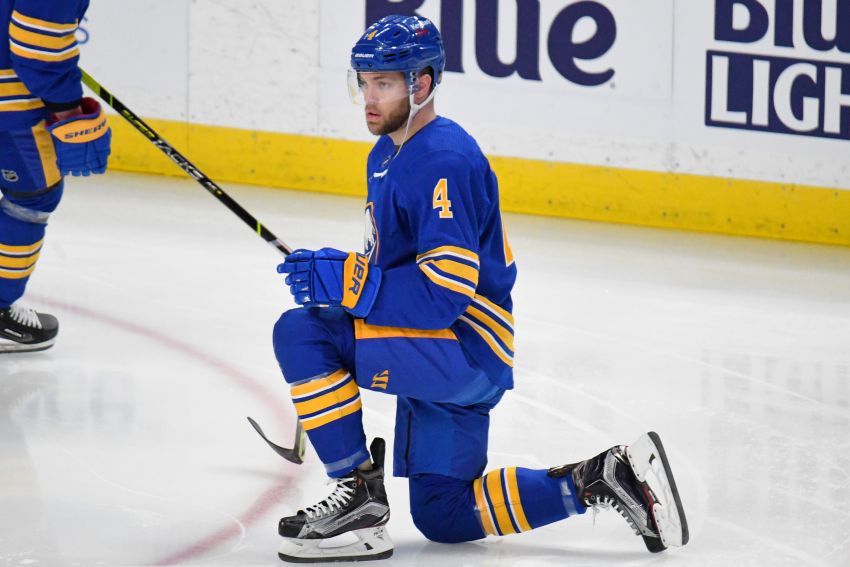 But Hall, 29, had strong reasons for choosing a team that hasn’t made the playoffs since 2011.

After two down seasons, Hall wanted another chance to play for Ralph Krueger, a coach he had thrived under with the Edmonton Oilers.

The opportunity to skate beside Sabres captain Jack Eichel also enticed Hall. In signing a short-term deal, he was essentially betting on himself. Perhaps Eichel, an elite center, could help him regain his Hart Trophy form from 2017-18.

Hall’s 37-game run with the Sabres was a complete disaster.

It ended early this morning, as the Sabres traded Hall and center Curtis Lazar to the Boston Bruins in exchange for forward Anders Bjork and a second-round pick in 2021.

Hall was arguably the biggest name still available before the 3 p.m. trade deadline. The Sabres held him out of the last four games to prevent him from getting injured.

Hall has endured a wretched season, compiling just two goals, 19 points and a terrible minus-21 rating. After scoring opening night, he did not register his second goal until March 4, a 20-game stretch. Right now, he has a 16-game goal drought.

And Hall never showcased much chemistry Eichel, who hasn’t played since suffering an upper-body injury March 7.

To join the Bruins, Hall had to waive a no-movement clause. While Hall had said he was open to re-signing with the Sabres, he also recently acknowledged he would listen if general manager Kevyn Adams brought him a trade offer.

The Sabres retained half of Hall’s salary in the deal, according to The Athletic’s Pierre LeBrun.

After strong start this season – he registered six points in his first three games – Hall started struggling. Meanwhile, the Sabres, who compiled a 4-4-2 record in January, imploded after their COVID-19 pause.

The Bruins drafted him in the fifth round in 2014, 146th overall. He played three seasons at Notre Dame before turning pro.

Bjork has scored 16 goals and 39 points in 138 career NHL games. The American in the first season of a three-year, $4.8 million contract

Lazar, 26, emerged as a valuable third- or fourth-line center this season. He has missed the last six games recovering from an upper-body injury.

He has registered five goals, nine points and a minus-4 rating in 33 games this season.

Lazar is in the first season of a two-year, $1.6 million contract.