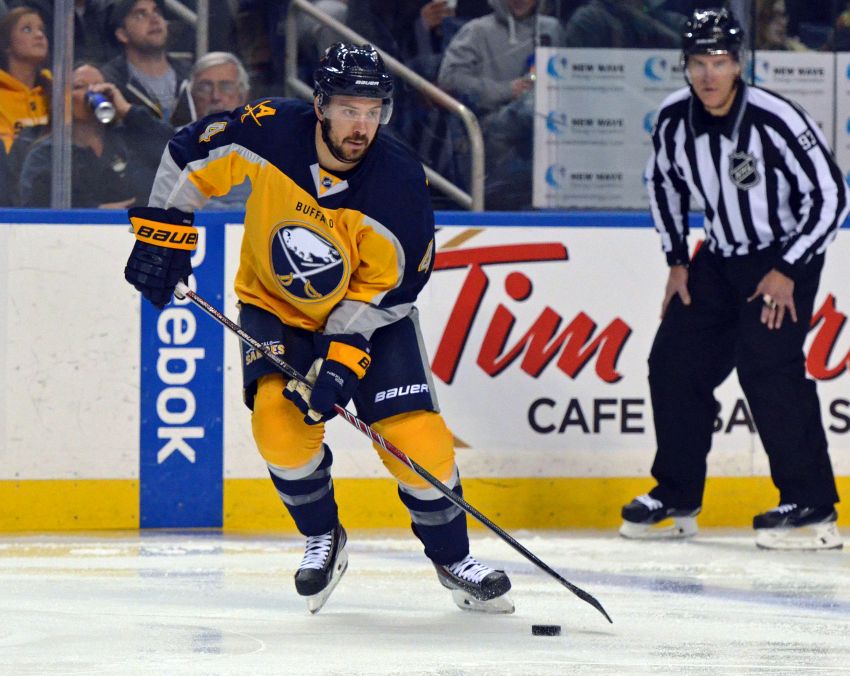 “What a great number to wear,” Gorges said this morning. “I got to meet him, and of all the guys I met in Montreal, he was always the one that stood out in my mind as, ‘This is who you should strive to be, this guy right here.’ I thought it would be something that could remind me every day when I come in, you see that No. 4. ‘Oh yeah, that’s right, Mr. Jean Beliveau, and he did things this way.’ So it’s a good reminder for myself every day.”

Sabres captain Brian Gionta wore the ‘C’ with Montreal for four seasons. Having both captained hockey’s most storied franchise, they shared a bond.

“But at the same time was the biggest gentleman, down-to-earth, knew your name, took time for you, really engage with you, didn’t blow you off,” he said. “He was really connected when he talked to you.”

In other news, the Sabres will send center Tim Schaller, who practiced today inside the First Niagara Center and played in Tuesday’s 2-1 shootout win, back to Rochester, coach Ted Nolan said.