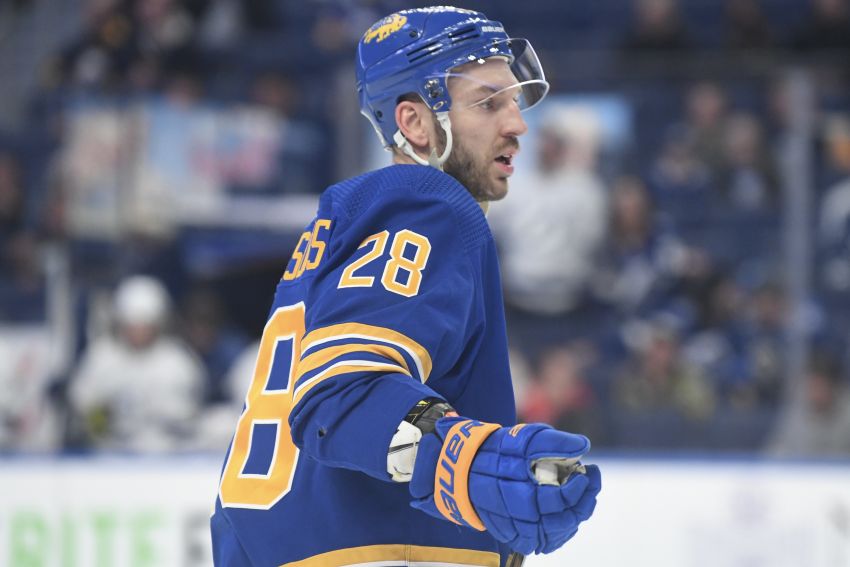 BUFFALO – Among all the blue and white on the ice for the Sabres’ optional skate this morning, one jersey, the gold non-contact one worn by winger Zemgus Girgensons, stood out.

For the first time since Jan. 25, Girgensons, 28, skated with his teammates. A lower-body injury has sidelined the Latvian, an alternate captain, 13 straight games and 18 of the last 19 contests. While he won’t play tonight against the Minnesota Wild or in the Sabres’ two home games early next week, he’s finally nearing a return.

“Very positive first step,” Sabres coach Don Granato said this morning inside KeyBank Center. “He’s in that progression now to return to play. … I won’t have him in the next three games, obviously, but we’ll see how it goes with him over the next few days.”

With Girgensons and Drake Caggiula and Vinnie Hinostroza all sidelined, Granato said the Sabres have been missing three “high-intensity” wingers.

Caggiula recently underwent neck fusion surgery and will miss the rest of the season. Meanwhile, Hinostroza (lower body) has been practicing and could play next week.

Their absences have been notable.

“They’re just high-compete guys,” Granato said. “They drag other guys into the battle by the way they play and we miss those guys. As we inch closer to them returning, that’s a welcome return to have more of that element in the lineup. So, yes, we’ve missed Zemgus.”

Granato said the Sabres will dress the same lineup tonight they used for Wednesday’s 5-1 road win over the Toronto Maple Leafs, meaning center Mark Jankowski will be scratched.