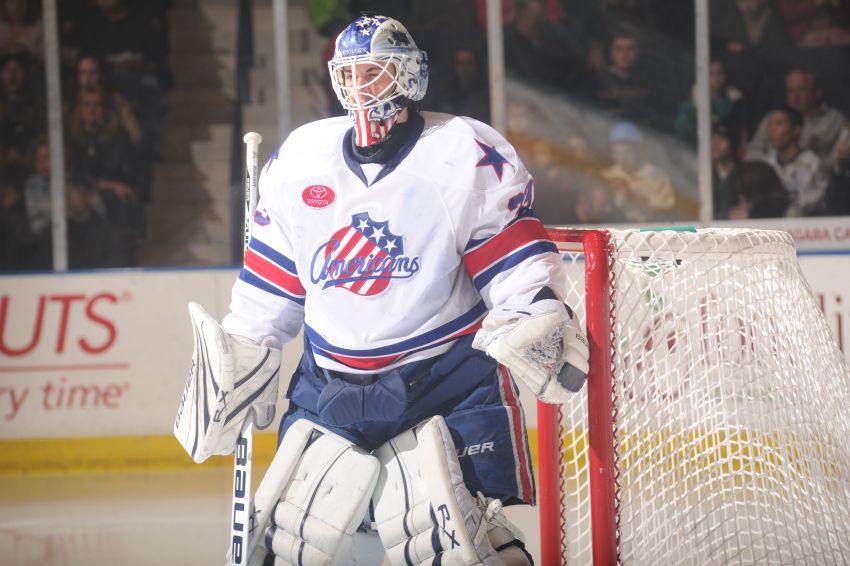 Despite a strong body of work in the AHL, Leggio, 31, is still unsigned for the 2015-16 season. He spent last season with the Bridgeport Sound Tigers and Portland Pirates.

He struggled with Bridgeport, the New York Islanders’ top affiliate, posting a 3.93 goals-against average and a .861 save percentage in 23 games. The Isles dealt him to the Arizona Coyotes prior to the trade deadline, and he finished the season strongly with the Portland Pirates.

Leggio was one of the AHL’s top netminders during his three-year run under the Buffalo Sabres, compiling save percentages of .917 and .924 in two seasons as the Rochester Americans’ starter.