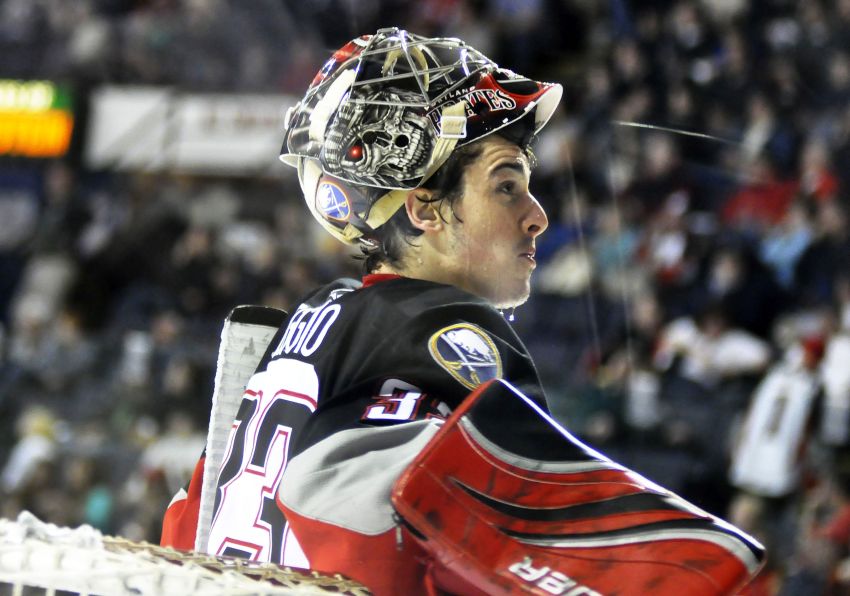 David Leggio insists his terrible season hasn’t shaken his confidence. The Williamsville native, once one of the AHL’s best goalies, morphed into perhaps its worst last year, compiling a ghastly .861 save percentage and a bloated 3.93 goals-against average in 23 appearances with the Bridgeport Sound Tigers.

Three seasons ago, Leggio garnered MVP talk as the Rochester Americans’ workhorse starter. His four-year run from 2010-14 was arguably as good as any AHL goalie.

Still, Leggio, 31, can’t find work. Just three weeks before NHL training camps open, he hasn’t secured a contract for 2015-16. He has, however, accepted a tryout invitation to the Winnipeg Jets camp.

“It’s been stressful in some way,” Leggio said by phone Friday. “Anytime … you don’t know where your next paycheck is going to come from it’s hard to plan things.”

Leggio feels he’ll “be better off” for the experience. But right now, the process isn’t fun. He’s open to returning to Europe, where he won a championship in 2009-10 in Finland.

“I’ve always appreciated the jobs I’ve had … but when you go through something like this, it makes you appreciate some of the better times that you’ve had more,” he said. “I just want to get back to that, get back to that level. I think I’m capable of it. I just hope somebody agrees with me.”

Leggio won’t make excuses for his poor play – “They were horrible numbers,” he said – with Bridgeport, the New York Islanders’ top affiliate.

“You’re only as good as your last game, last year,” he said. “People may look at my statistics last year and have question marks. But I … have confidence in myself in what I’ve done at the American League level and the minor league level.”

What happened last season? How did the same goalie who had a .924 save percentage in 64 games in 2012-13 and who had never compiled a goals-against average above 2.80 fall apart?

“Honestly, the bottom line is there were some games I got scored on a lot of times,” he said.

Opponents scored six or more goals on Leggio six times – a stunning 26 percent of his games – with Bridgeport. He was only pulled once. He said his inability to make some big saves early hurt him.

“I don’t want to get pulled, I want to battle through it,” he said. “Typically, I have the reputation that if I’m letting in goals, that I can battle through it. But the last thing I want to do is point fingers and say that the problem was this or that or whatever. I look at my game and say, ‘Well, why am I getting scored on?’”

After allowing seven goals March 1, the Isles traded Leggio to the Arizona Coyotes, who assigned him to the Portland Pirates. Back in Portland, where in 2010-11 he established himself as an AHL goalie under the Buffalo Sabres, he finished the season strongly with a 2.41 goals-against average and a .908 save percentage in five appearances.

“That,” he said, “really jump-kicked my confidence.”