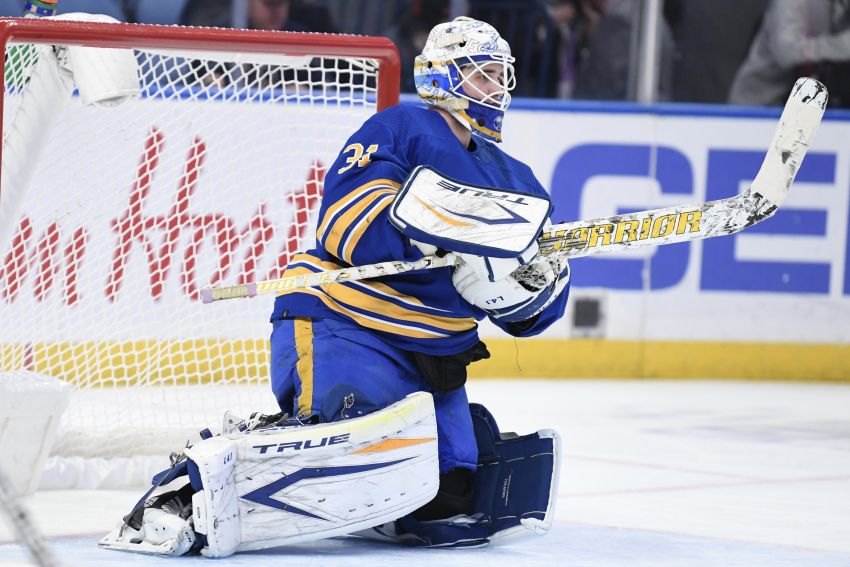 BUFFALO – Earlier this month, Sabres goalie Dustin Tokarski entered COVID-19 protocol before a road game in Florida, so he spent his time quarantining in the Sunshine State.

“It wasn’t ideal since I couldn’t go and enjoy the ocean and the beaches,” Tokarski joked after rejoining his teammates for Monday’s practice inside KeyBank Center.

Tokarski, 32, said he has no idea how he caught the virus. He went from expecting to start Dec. 3 against the Panthers to being pulled off the team bus and staying put in a hotel room.

The veteran said he felt mild to moderately sick for a few days before getting better.

He passed the time by hanging out in his room counting down the days and hours. He watched three “John Wick” movies – “That was pretty cool,” he said – tuned into Sabres games and FaceTimed on his phone.

Some lingering COVID issues have hampered Tokarski’s return to practice.

“I wish I felt perfect right away but (I’m) working through a few things from the symptoms,” he said.

Adams said the Sabres must be cautious and move slowly with Tokarski, who has played 14 games this season.

“We learned last year everybody is different so we have to listen to what he has to say, think it through, talk to trainers, talk to doctors,” Sabres general manager Kevyn Adams said. “We need to make sure he’s got to get himself up to speed before we can make any kind of decision moving forward with Dustin.”

In other news, winger Drake Caggiula practiced again Monday in a non-contact role. An upper-body injury has sidelined him the last 12 games.