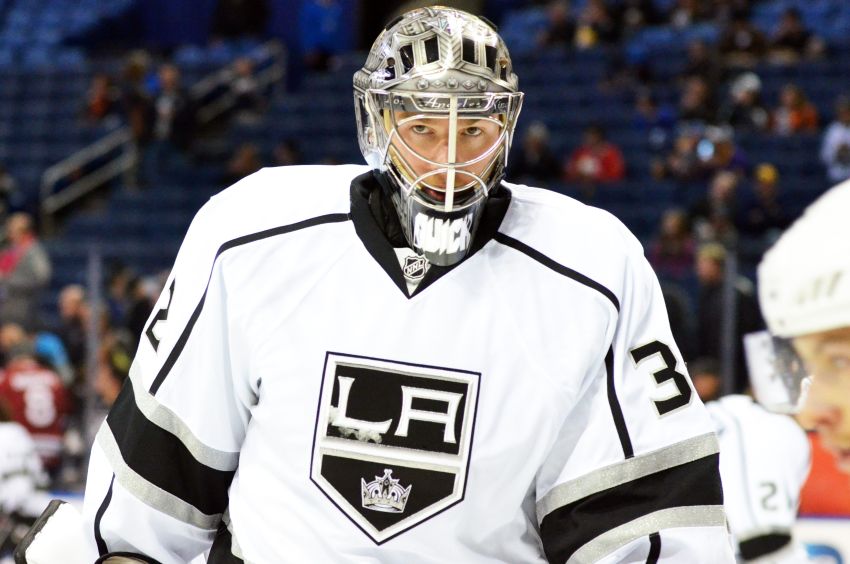 Sabres goalie Ryan Miller, who brilliantly backstopped the Americans to a silver medal at the 2010 Vancouver Games, wouldn’t be given the job simply based on past exploits.

It’s not that surprising, really. Based on words from U.S. officials, Quick, the 2012 Conn Smythe Trophy winner, seemed to be management’s choice for months.

The 28-year-old Quick has won six playoff rounds in the last two years and a Stanley Cup. The 33-year-old Miller hasn’t won a playoff round in seven years.

That’s no knock on Miller. He’s performed dynamically this season under trying circumstances. His .923 save percentage is 12 points higher than Quick’s. Miller backstops the NHL’s worst team. Quick plays in front of one of the league’s best defenses.

Of course, Quick has only been named starter for one game. Many observers have said for weeks Miller and Quick would split the first two contests.

But is Bylsma really going to start Miller on Saturday against the Russians after a 10-day break? Miller hasn’t played since last Wednesday.

Miller could mostly be relegated to backup duty these Olympics.