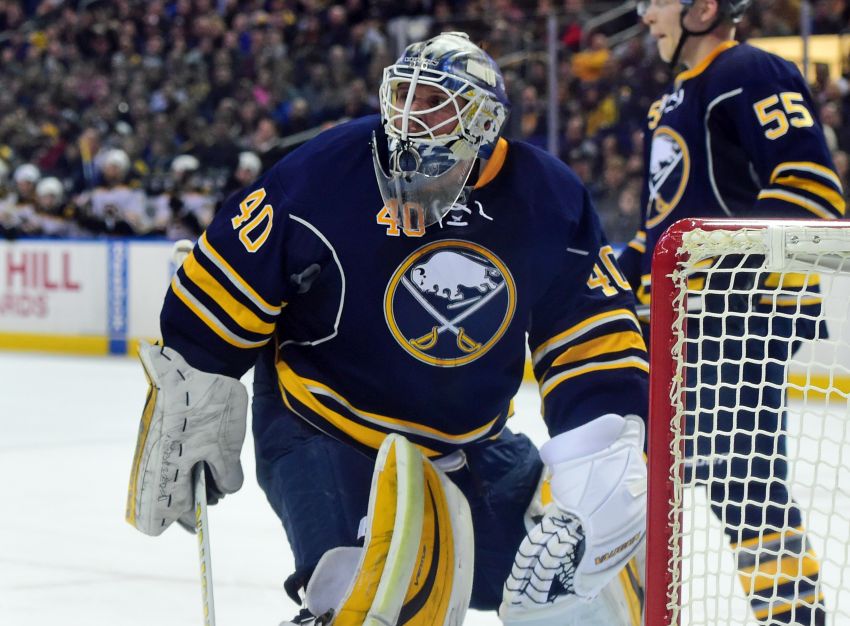 BUFFALO – Within minutes Friday, screen grabs of Robin Lehner’s fierce eyes – wide and hellbent on sending a message – had emerged all over the Internet after the Sabres goalie’s emphatic response to an ugly hit on teammate Zach Bogosian.

“That should be one of those big heads and make it for the fans to wear,” Sabres coach Dan Bylsma joked this afternoon following practice inside HarborCenter.

Actually, there’s already something for fans to wear. By Saturday morning, a shirt with Lehner’s stern look was for sale.

Kidding aside, Bylsma loved his team’s response after Boone Jenner hit Bogosian head-first into the end boards late in the Sabres’ 4-0 road win against the Columbus Blue Jackets.

Jenner was immediately jumped, and in the ensuing melee, the fiery Lehner dropped his blocker and glove and tried to fight. Lehner, who called the hit “disgusting,” later took off his mask and yelled as Jenner skated away.

“I think that’s the way we have to be as a group,” Bylsma said. “I think as a group, as a whole, we need to come together.”

Bogosian practiced today sporting seven stitches and is fine. Meanwhile, defenseman Cody Franson, who left earlier in the game after Scott Hartnell boarded him, missed the session and is out Sunday when the Sabres host Pittsburgh. Bylsma said Mike Weber will replace Franson.

“At this point, unsure really of what we’re dealing with,” he said. “He’s suffering from some neck issues as well.”

In other news, center Ryan O’Reilly had a maintenance day today and is “probable” for the Penguins. Lehner will start again. 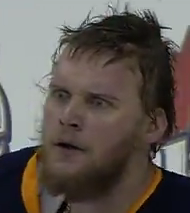