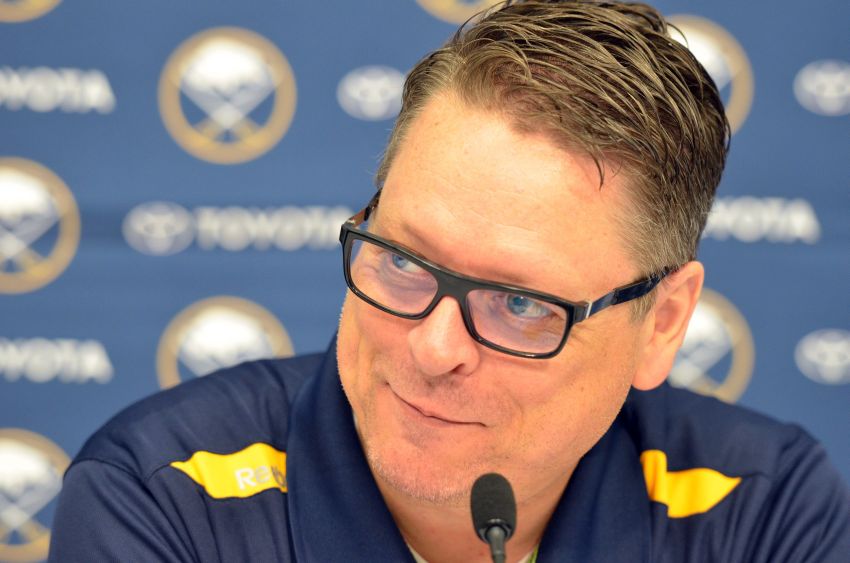 So what will the rebuilding Sabres do with the next selection at the NHL Entry Draft?

Murray acknowledged the obvious, that, yes, the Sabres will likely select one of the highly touted centers – either Sam Bennett, Leon Draisaitl or Sam Reinhart – at No. 2.

Murray also wants acquire another first-round pick. The Sabres don’t have another selection until No. 31.

“I have been trying hard to do that,” Murray said about getting another first-rounder. “The people I’ve called haven’t said no. But nobody’s called back and said, ‘Yeah, let’s do this deal.’ But I’ve got a lot of potential deals out there that have a first coming back involved, whether it’s in the 20s or the teens. I just feel like if I can get something in the 20s or teens, maybe you can do something with that, too.”

Every need is pressing except for goaltending, Murray said.

Some other quick items from Murray:

– He hasn’t ruled out re-signing some of the team’s unrestricted free agents. Right now, however, they’re not a priority.

Related: Sam Bennett, Aaron Ekblad and Sam Reinhart all in mix to be top pick as NHL draft approaches