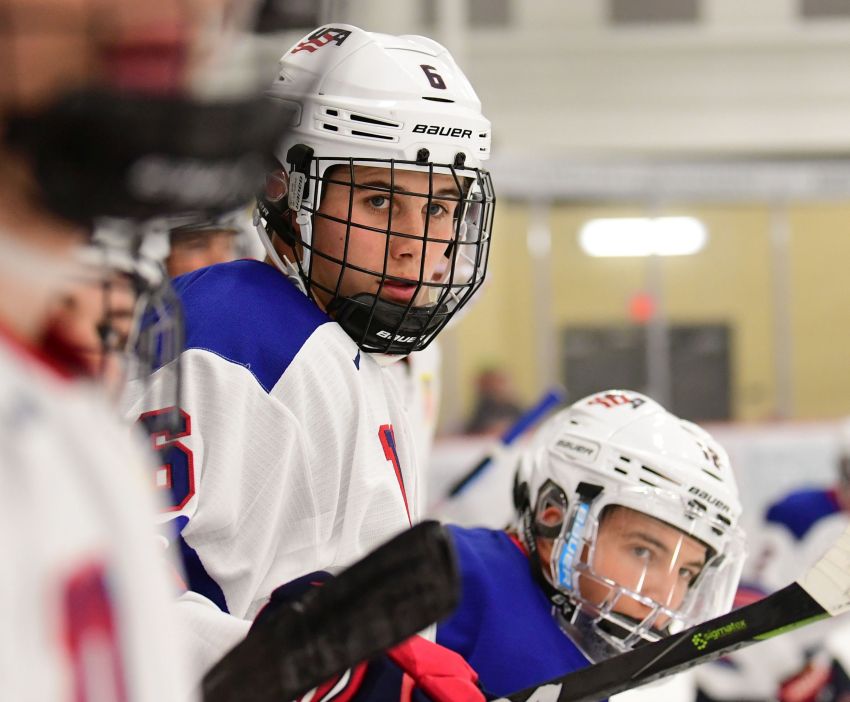 VANCOUVER – The first two picks of tonight’s NHL Draft have been set for months. Unless something wild transpires inside Rogers Arena, the New Jersey Devils will select Jack Hughes first overall and the New York Rangers will grab Kaapo Kakko second.

The 2019 draft really begins with the third pick, when the Chicago Blackhawks go on the clock.

But the early portion of the first round might be the toughest to forecast in a long time. The talent pool is deep.

A player labeled by one team as, say, the 11th-best prospect available might be coveted by a club with one of the first picks.

That depth, of course, is good news for the Buffalo Sabres, who own two first-round picks: the seventh and 31st selections.

“Just with that (North American) group … the next even 10 or 12 players (after the first two), there’s very, very solid prospects there,” NHL Central Scouting’s Dave Gregory said. “It’s going to be real interesting to see what happens.”

Even with the last pick of the first round, which they acquired from the St. Louis Blues in the Ryan O’Reilly trade, the Sabres could find a special prospect.

“There’s going to be somebody available at that level (31st) that it’s not going to take long to get to the NHL,” Gregory said. “You never know teams’ philosophies on how to develop, but there’s depth down to that level where they’ll get two players in that first round that are going to make them very happy.”

Former Calgary Flames general manager Craig Button, a TSN analyst, said: “The players that are finding their way at younger ages and making sure they know what they’re doing and how to do it, it really is phenomenal, phenomenal.”

Buffalo had another first-rounder – they acquired the San Jose Sharks’ in the Evander Kane trade – before dishing it to the Anaheim Ducks in the trade for defenseman Brandon Montour on Feb. 24.

The Sabres last drafted two players in the first round in 2013, when they selected defensemen Rasmus Ristolainen eighth and Nikita Zadorov 16th.

The Sabres have drafted seventh once in their history, when they took center Erik Rasmussen in 1996.

This is the seventh straight year the Sabres have had a top-10 pick.

As part of the Kane trade, the Sharks can choose to send their 2019 fourth-rounder, the 122nd pick, to the Sabres or give them their 2020 third-rounder.

Sabres defenseman Rasmus Dahlin, who finished third in the Calder Trophy balloting, earned a spot on the NHL’s All-Rookie Team on Wednesday.

Not surprisingly, Dahlin has caught the eye of Nicklas Lidstrom, a fellow Swede and one of the NHL’s all-time great defensemen.

“He’s got the tools to be a major factor in the NHL in the next few years, but it takes time to be able to ‘bring it’ every night, especially as he will face tougher matchups and players in the NHL will also know how good of a player he is and adjust their play against him,” Lidstrom wrote in an email.

Notes: Through two years and 12 picks as Sabres GM, Jason Botterill hasn’t taken a junior prospect from the Canadian Hockey League. … Gregory on the draft class getting better every year: “You just think, ‘OK, they can’t be somewhat better than that.’ But all of sudden, the next crop comes along.” … The Rochester Americans, the Sabres’ top affiliate, re-signed defenseman Andrew MacWilliam to a one-year AHL contract Wednesday. MacWilliam, 29, compiled three goals, 10 points and 90 penalty minutes last season.