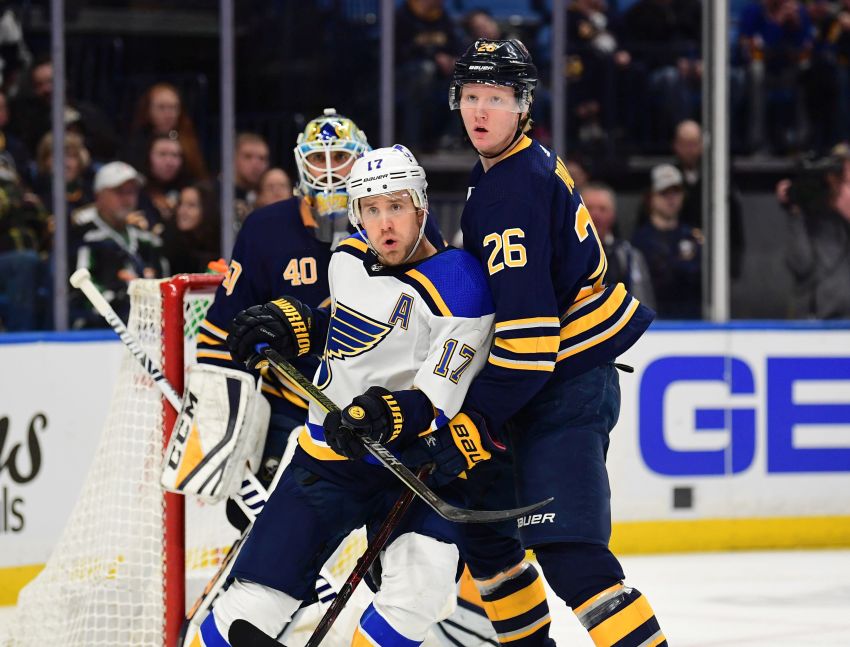 At 18, the Swede quickly morphed into one of the Sabres’ most valuable players, taking over games with his dynamic puck-moving skills and producing offense at a historic rate.

Only one defenseman in NHL history – former Sabres star Phil Housley, who recorded 57 points as an 18-year-old in 1982-83 – compiled more points before his 19th birthday than Dahlin, who had 44.

The third guy on that list is Bobby Orr, who had 38 points.

In their history, one Sabres defenseman, Tyler Myers in 2009-10, has won the Calder Trophy as the NHL’s top rookie, an honor Dahlin is up for tonight at the NHL Awards in Las Vegas.

Dahlin, of course, has some stiff competition for the Calder.

Update: Dahlin finished third in the Calder voting. Pettersson won the award. Dahlin also made the NHL All-Rookie Team as a unanimous choice.

Professional Hockey Writers’ Association members cast their votes before the playoffs, so Binnington’s terrific postseason – he won 16 games and backstopped the Blues to their first Stanley Cup – wasn’t taken into consideration.

Binnington, 25, spent six years in the minors before finally graduating to the NHL halfway through the season. At Dahlin’s age, he was still playing junior hockey.

What Dahlin did at 18 was significant. Just think, last season could be the “low point” of his career.

Dahlin should only keep getting better. As well as he performed most nights, he occasionally looked like a green rookie. Playing for one of the NHL’s worst teams certainly didn’t help, either.

“He had a very good season,” Jeremy Roenick, an NBC sports analyst and two-time 50-goal scorer, told the Times Herald. “I mean, I don’t think he was good as everyone thought he was going to be, but I think he will be as good as everybody thinks he will be.”

“He wants to be so good so bad that he’s almost doing too much, and because he tries to do too much, sometimes gets caught making mistakes or gets caught out of position,” Roenick said.

“He should think the way that Nicklas Lidstrom played and play the way that Paul Coffey played,” he said. “Think like Lidstrom, play like Coffey. He’s got all the intangibles of both, right? Great skater, really smart, he’s big and strong, but he wants it so bad. But sometimes you just have to allow it to come to you.”