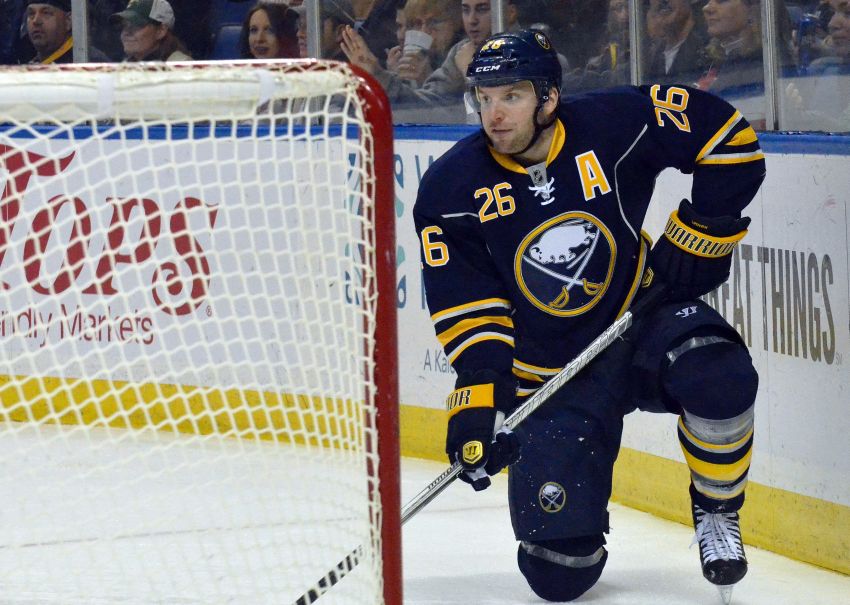 Thomas Vanek gets a lot of bumps standing in front of the net. ©2013, Dan Hickling, Olean Times Herald

“He’s a little bit better but still going to be day-to-day, what he can tolerate,” interim Sabres coach Ron Rolston said this afternoon inside the First Niagara Center. “He’s certainly a possibility.”