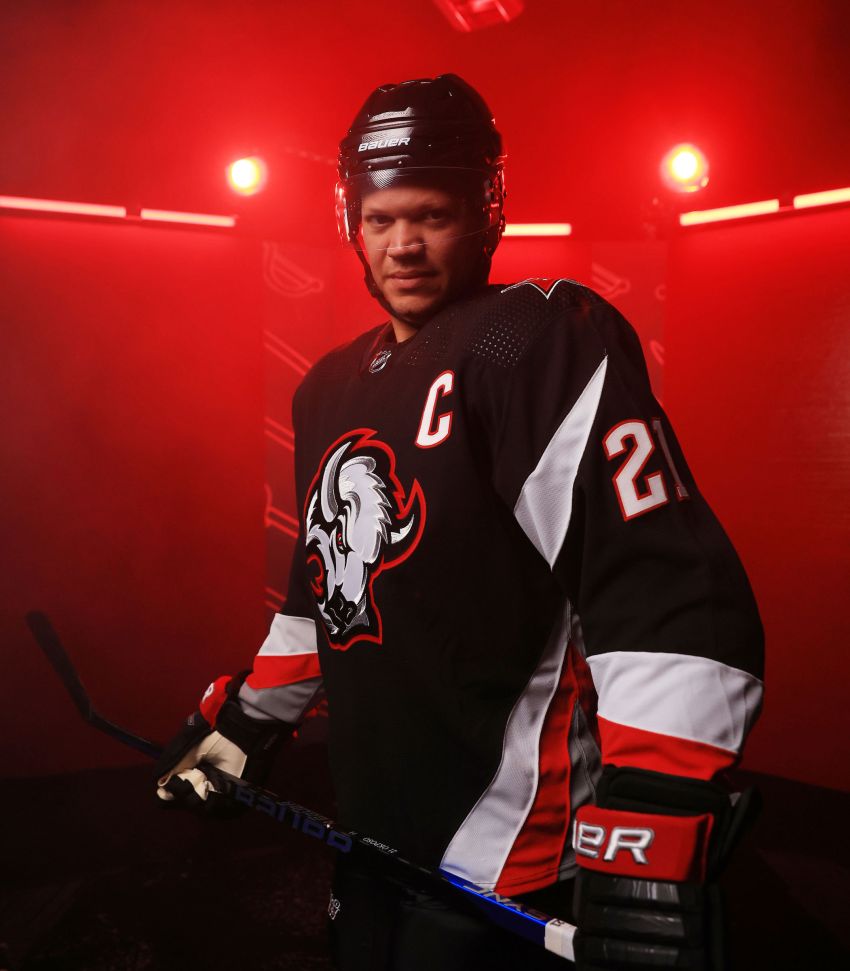 Having grown up a rabid Buffalo Sabres fan in the early 2000s, the team’s black and red “Goathead” jersey holds special meaning for winger Alex Tuch.

“Definitely my favorite jersey (of all-time),” a smiling Tuch said Monday after the Sabres unveiled a new black and red jersey modeled after the uniforms they wore from 1996 to 2006.

Nothing, however, can compare to the black and red jersey, which the Sabres are scheduled to wear for 12 home games this season.

“I’m really excited,” Tuch said following practice at KeyBank Center. “I was able to try it on, get a good look at it. I’m excited for this fan base, too, and all the fans that are talking about it. Loved the Reverse Retro jersey, thought the ‘Goathead’ looked great on that, but the red and black is a whole other feeling.”

The Sabres have made small changes to their new black and red jersey. They’ve updated the crest, adding shadow details, horns and outlines to the bison, according to the team.

Jersey numbers now have three colors instead of two. The striping pattern on the socks has also been changed. In addition, the “B” shoulder logo with the sword has been simplified.

Still, the motif looks very similar to the one the Sabres sported when they reached the Stanley Cup final in 1999 and three Eastern Conference finals.

– Dec. 4 against the San Jose Sharks

– Dec. 13 against the Los Angeles Kings

– Dec. 23 against the Tampa Bay Lightning

– Dec. 29 against the Detroit Red Wings

– Jan. 7 against the Minnesota Wild

– Jan. 21 against the Anaheim Ducks

– Feb. 26 against the Washington Capitals

– March 4 against the Philadelphia Flyers

– March 11 against the New York Rangers

– March 24 against the New Jersey Devils

– April 13 against the Ottawa Senators