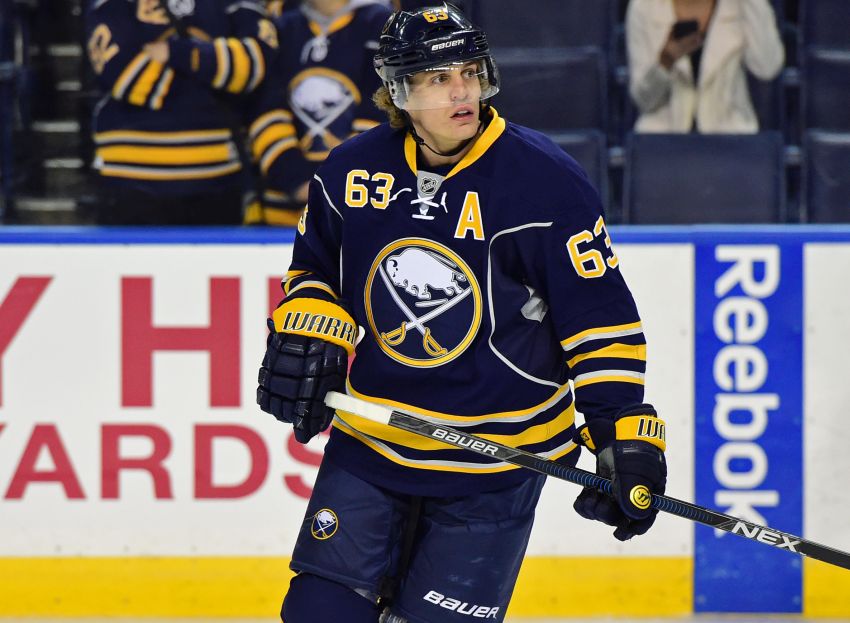 BUFFALO – In the more than three months Tyler Ennis spent recovering from a concussion, the Sabres winger reflected on and developed a greater appreciation for what he calls “such a great job.”

For the first six years of his career, the 5-foot-9, 160-pound Ennis, 26, had been remarkably durable, rarely missing action. Then injuries started ravaging him this season. After missing 16 games early, he suffered a scary concussion Dec. 30 in Washington.

Ennis had never experienced anything like it. That’s why today’s practice with his teammates inside the First Niagara Center, his first since the head injury, was so special.

“It’s a really difficult thing,” a smiling Ennis said. “I went through a lot of different emotions, a lot of ups and downs. So, yeah, there’s really bad days. There’s days where you feel great and days where it’s tough. To say I wasn’t scared at some point would probably be a lie, but I feel so good right now. I feel great. I feel 100 percent.”

Ennis, who skated in a non-contact jersey, couldn’t stop grinning throughout his chat with the media this afternoon. While he won’t play in the Sabres’ final two games this season, he’s optimistic about the future.

Ennis, who has been working out and skating on his own, said things changed for the better in the last few weeks.

Ennis said he wished there were 82 games left this season.

“He’s been excited for a little bit,” Sabres coach Dan Bylsma said. “It’s rare that this time of year you get a guy who’s so excited to be on the ice practicing with his teammates.”

Check back later for a full story on Ennis.

In other news, wingers Cole Schneider and Evan Rodrigues, who were recalled from the Rochester Americans for the first time this morning, also practiced.

Schneider skated on the right wing beside center Ryan O’Reilly and Zemgus Girgensons. Rodrigues skated on the fourth line with center David Legwand and Matt Moulson.

“Been a point leader and a leader down there for us since the trade to Binghamton to here,” Bylsma said. “We want to see if he can do it at the National Hockey League level, if he can rise up to the pace and the speed of the game and still contribute like he has been.”

The Sabres summoned Rodrigues because he’s been the “most tenacious and relentless worker” for 20 games.

Check back later for more on the recalls.