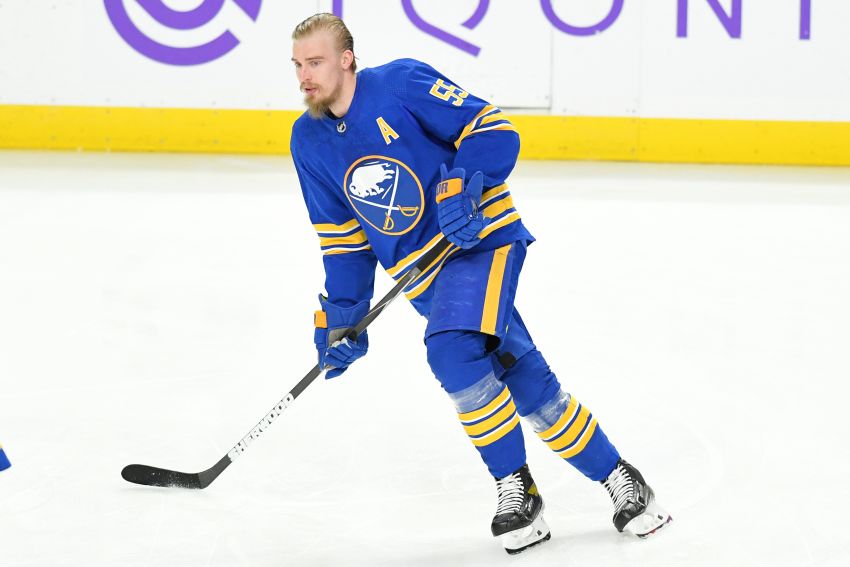 Rasmus Ristolainen’s eight-year career with the Buffalo Sabres is over.

The Sabres this afternoon traded the Finnish defenseman to the Philadelphia Flyers in exchange for the 14th overall pick in tonight’s NHL Draft, a 2023 second-round selection and defenseman Robert Hagg.

Ristolainen, 26, has just one year left on his contract. He often voiced his frustration with the constant losing he has endured over his NHL career. Following last season, he said he was open to be traded or returning to Buffalo.

The Flyers drafted Hagg in the second round in 2013, 41st overall. He has one season remaining on his two-year, $3.2 million contract.

Stay tuned for updates. The Sabres, who also have the first overall pick tonight, are expected to be busy.

One thought on “Sabres trade Rasmus Ristolainen, get huge return from Flyers”