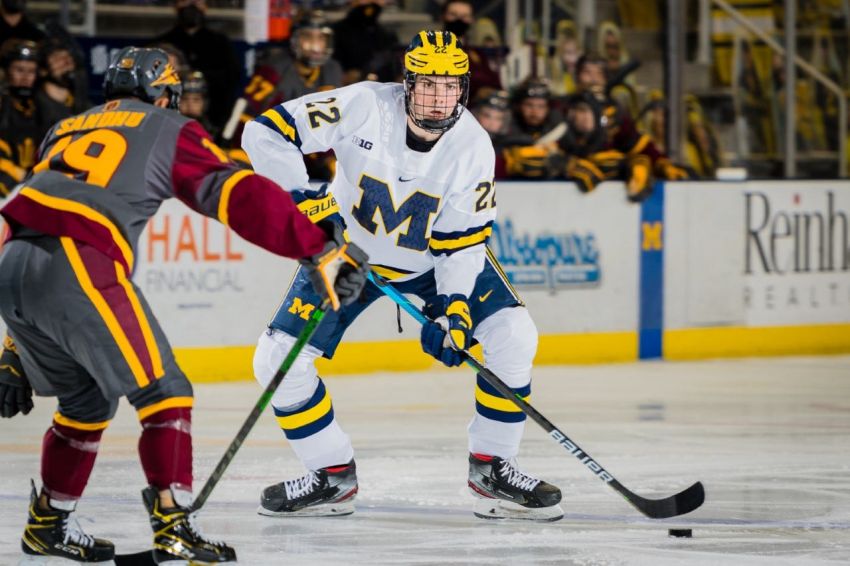 Owen Power might return to Michigan for another year. ©2021, Michigan Photography, TNS

The 6-foot-6, 213-pound Power, who has drawn comparisons to Tampa Bay Lightning defenseman Victor Hedman, has said he is leaning toward returning to Michigan for his sophomore year.

Stay tuned for more updates. Power will be addressing the media via Zoom. The Sabres also have the 14th pick, which they acquired earlier today from the Philadelphia Flyers in exchange for defenseman Rasmus Ristolainen.