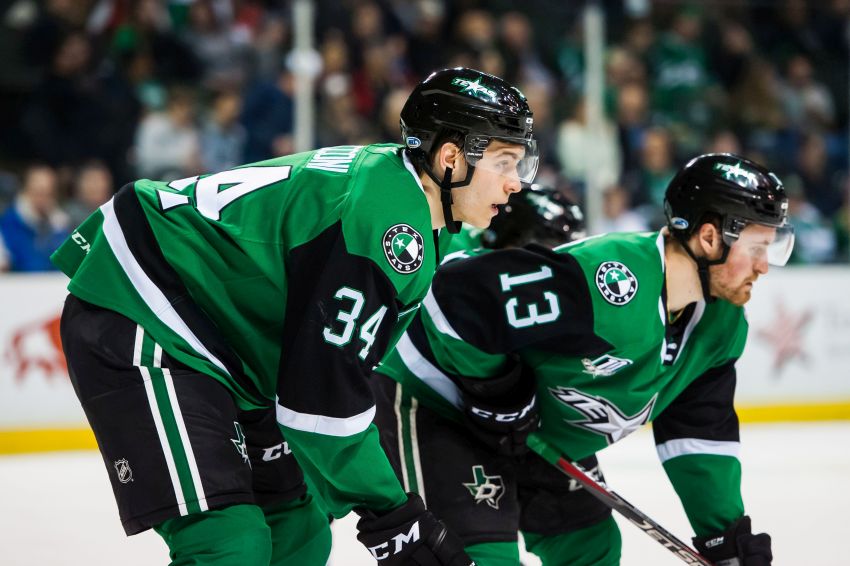 The 6-foot-3, 210-pound Cecconi, 25, played four seasons at Michigan and captained the Wolverines as a senior. He has compiled four goals, 33 points and 106 penalty minutes in 176 games over four seasons with the Texas Stars.

Cecconi, a right-shot defenseman like Laaksonen, has registered two assists and 10 penalty minutes in 12 games this season. He hasn’t played in the NHL.

The Stars drafted him in the fifth round in 2015, 133rd overall. He won a gold medal with Team USA at the 2017 World Junior Championship.

Meanwhile, the 6-foot-2, 183-pound Laaksonen, 23, appeared to be out of the Sabres’ plans when he was a healthy scratch for eight of the Amerks’ 10 playoff games last season.

He had been used sparingly in Rochester this season, recording two assists and eight penalty minutes in 10 games. He played Saturday, his first appearance since Nov. 4.

Laaksonen compiled seven goals, 53 points and 58 penalty minutes in 109 games over three seasons with the Amerks. He also hasn’t played in the NHL.

Following parts of four seasons in Liiga, a top pro league in his native Finland, Laaksonen joined the Amerks in 2020-21. He made an immediate impact, earning a spot on the AHL North Division All-Star team after scoring two goals and 17 points in 28 games.

But Laaksonen was regarded as too one-dimensional – simply a power-play quarterback – and his playing time dwindled.

The Sabres’ old regime drafted Laaksonen in the third round in 2017, 89th overall. He signed his entry-level contract the day before general manager Jason Botterill was fired in 2020.