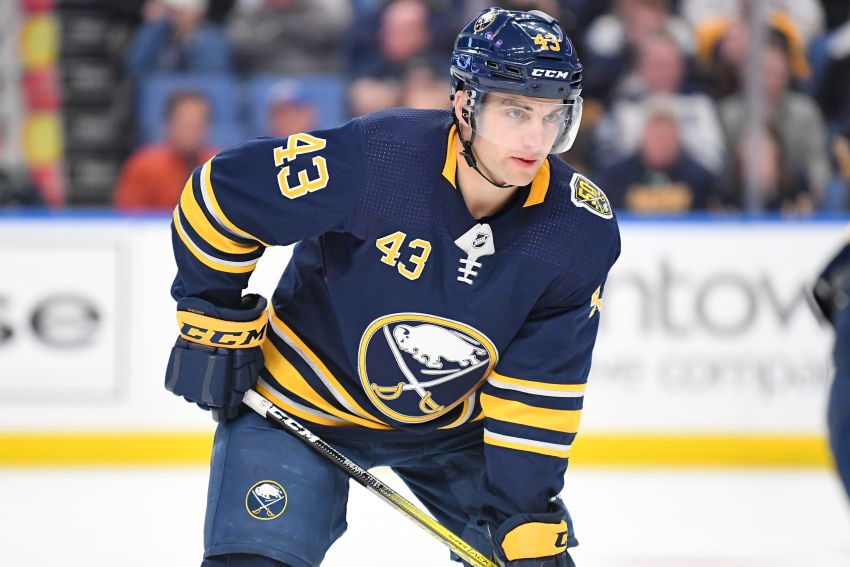 BUFFALO – The Sabres have traded forwards Evan Rodrigues and Conor Sheary to the Pittsburgh Penguins in exchange for center Dominik Kahun.

Rodrigues, 26, reportedly quested a trade earlier this season after his playing time dwindled. The Sabres scratched him in both games before this afternoon’s trade deadline.

The Sabres sorely need help down the middle, and Kahun, 24, should help. The Czech has compiled 23 goals and 64 points in 132 career NHL games with the Chicago Blackhawks and Pittsburgh.

The 5-foot-11, 175-pound Kahun has scored 10 goals and 27 points in 50 games this season. He played four seasons in the German DEL, winning three championships with Munich EHC. He came to North America last season.

When Rodrigues sat out Saturday afternoon’s 5-2 road win against the Penguins, it appeared he could be moved.

After being awarded a one-year, $2 million contract in arbitration in July, Rodrigues struggled this season, often sitting out as a healthy scratch before earning some regular in recent weeks.

Rodrigues has scored five goals and four points in 38 games.

He has endured goal droughts of 19 and 13 games this season and even became a healthy scratch. He has scored nine goals and 19 points in 55 games.