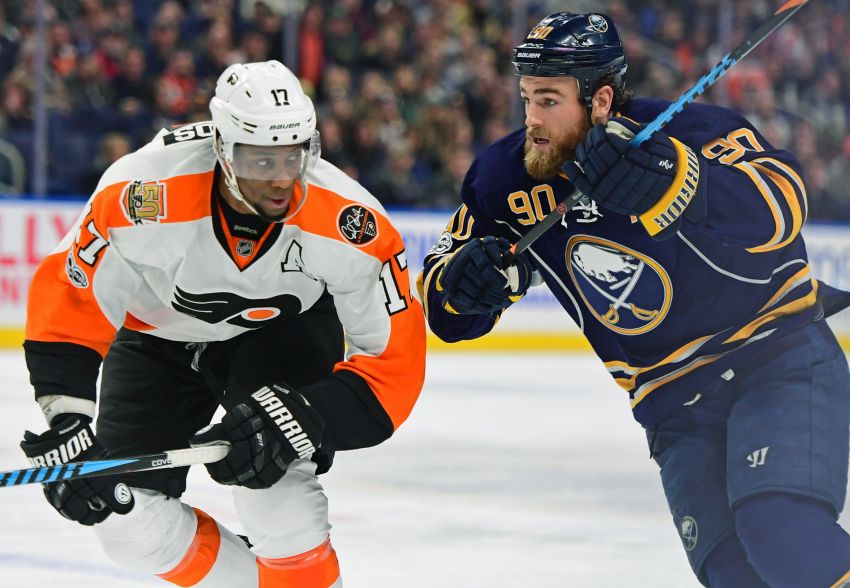 BUFFALO – The Sabres have acquired winger Wayne Simmonds from the New Jersey Devils in exchange for a conditional fifth-round pick in 2021, the teams announced this afternoon.

The acquisition is significant. General manager Jason Botterill, whose Sabres have crept within six points of the Atlantic Division’s final playoff spot, added a notable piece for the stretch run before this afternoon’s trade deadline.

Simmonds, 31, has scored 251 goals and 498 points in 902 career NHL games. He has compiled eight goals, 24 points and a minus-17 rating in 61 contests this season. He will be an unrestricted free agent following the season.

The 6-foot-2, 185-pound Simmonds has cracked the 20-goal mark seven times in his 12-year career, including two 30-goals seasons.

He has also played for the Los Angeles Kings, Philadelphia Flyers and Nashville Predators.

Los Angles drafted Simmonds in the second round in 2007, 61st overall. He played three seasons there before being traded to Philadelphia, where he enjoyed his greatest success.

The Flyers dealt him to the Predators before last year’s deadline.

Simmonds signed a one-year deal with New Jersey before the season.

One thought on “Sabres trade pick to Devils for Wayne Simmonds”