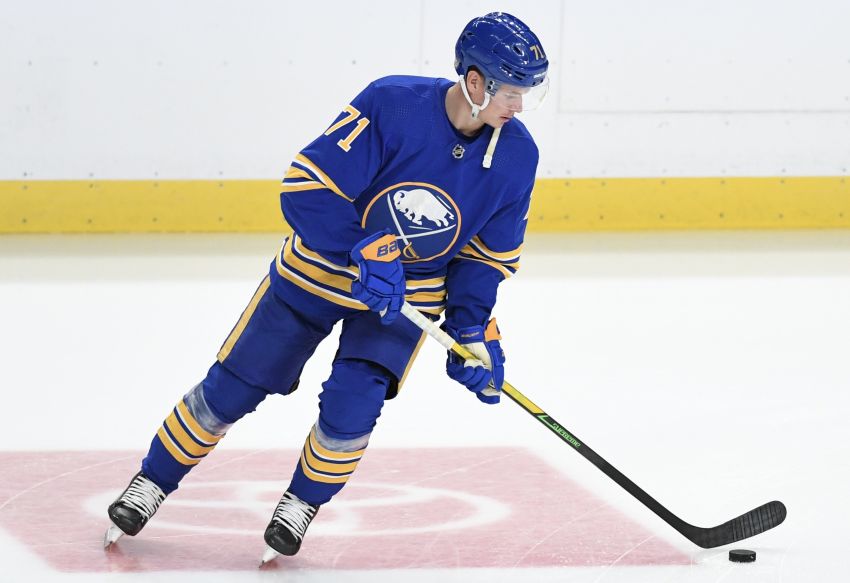 Victor Olofsson might be a first-liner for Buffalo. ©2021, Micheline Veluvolu

BUFFALO – Ten Sabres – much of their established talent – will be making their preseason debut tonight at KeyBank Center.

So some of the line combinations and defense pairings the Sabres will be showcasing against the Pittsburgh Penguins could be utilized in the regular season.

Every player mentioned above except Tokarski sat out the first two exhibition games.

“We don’t know how fresh they’ll be because they haven’t played,” Granato said this morning of the 10 players. “So that’s unknown. We do know they need game, obviously, to get in game shape. It’ll be nice to be at home. I think we can learn from the first two games.”

The Sabre started the preseason 1-1 on the road, losing 6-2 to the Detroit Red Wings on Thursday after winning a 5-4 shootout over the Columbus Blue Jackets on Tuesday.

Here is the rest of tonight’s lineup. Players in bold will be making their debut.

Update: Pysyk is in.