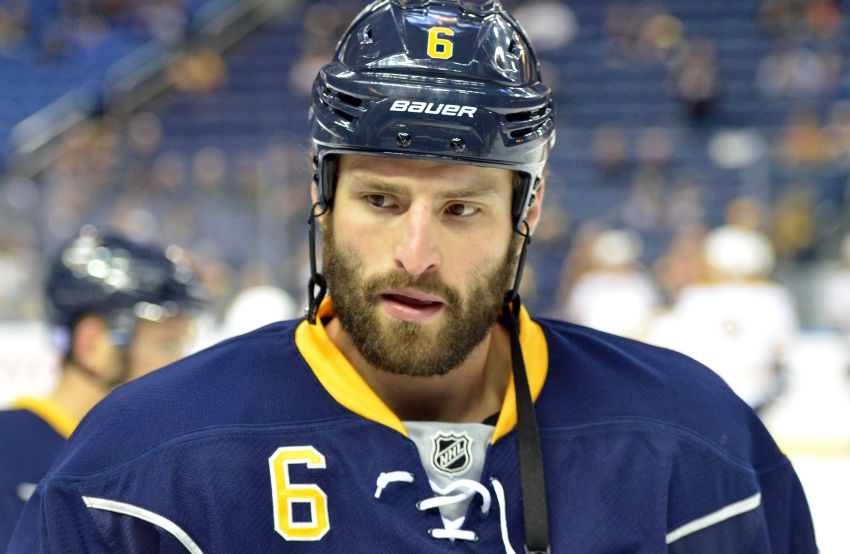 BUFFALO – That forward recall should happen before the Sabres host the Colorado Avalanche on Saturday.

“I hope so,” coach Ted Nolan joked after the Sabres practiced today in HarborCenter.

The Sabres have been practicing with only 11 forwards. They sent center Mikhail Grigorenko back to Rochester following Tuesday’s 5-1 loss in Winnipeg.

Update: Grigorenko is back up.

The defense corps, meanwhile, should be getting healthier. Mike Weber practiced today, his first session since recently undergoing minor surgery on his left knee.

“He’s a quick healer,” Nolan said. “So he’s feeling good. He even had aspirations of playing this Saturday, but we’ll slow him down a little bit. I think he’s more enthusiastic than ready.”

Meanwhile, defenseman Josh Gorges, out the last two games with a left pink injury, is a “strong probability” for the Avs, Nolan said.

Defenseman Tyson Strachan (lower body) is still a “little bit banged up,” Nolan. The team will see how he feels Saturday.

In other news, goalie Jhonas Enroth will likely start against the Avs, Nolan said.

Related: Sabres’ Mike Weber ready to rebound from poor season: ‘I come here to do whatever it takes’