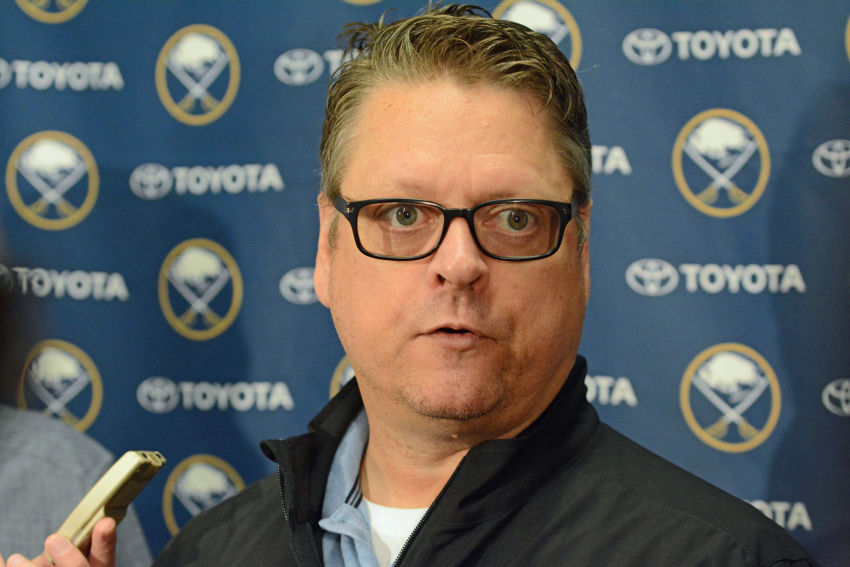 BUFFALO – The Sabres are still interested in re-signing agitating winger Patrick Kaleta, although it appears they would likely want the veteran for insurance purposes or a mentorship role with the Rochester Americans.

“I have an interest in him, for sure,” Murray said this afternoon inside the First Niagara Center. “I guess it depends on what the number is, on what their expectation is. There’s a lot of things that go into it. As far as Pat as a guy, as far Pat as a local guy, as far as Pat as the type of player he is to fit in the organization somewhere, I do have interest. That’s very vague, I know, and that’s about as specific as I could be.”

Kaleta, who has a history of injuries, said last week he wanted “to be a Sabre, 100 percent.” The Angola native has spent his entire nine-year career with the Sabres.

Don’t count on seeing too many players in training camp – dozens of notable veterans are still looking for work – on professional tryouts.

“I’m not a fan of PTOs if you’re not going to give a guy a real chance, if you just waste his time or do a favor to an agent and you’re not legitimately interested in signing him if he comes here and has a big camp,” Murray said.

Murray said the Sabres are set at forward and would likely look for a trade if he wants to make a move.