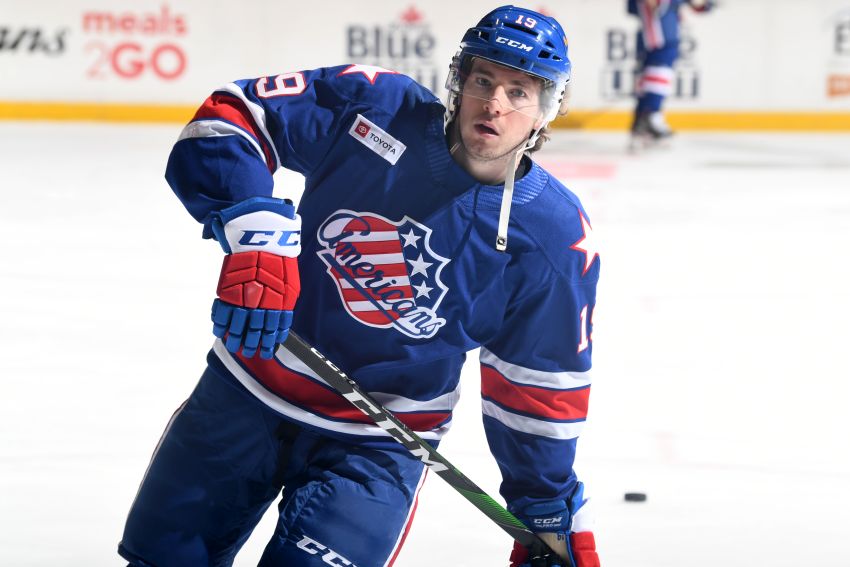 They’re expected to play for the Amerks tonight against the Syracuse Crunch in Rochester.

Davidson, 29, has played six NHL games this season, compiling zero points and a minus-4 rating. He has spent most of the year on Buffalo’s taxi squad.

Meanwhile, Smith, 26, has shuttled between the Buffalo’s taxi squad and Rochester. He has scored two goals and six points in five AHL outings. He went pointless in his NHL season debut March 25.