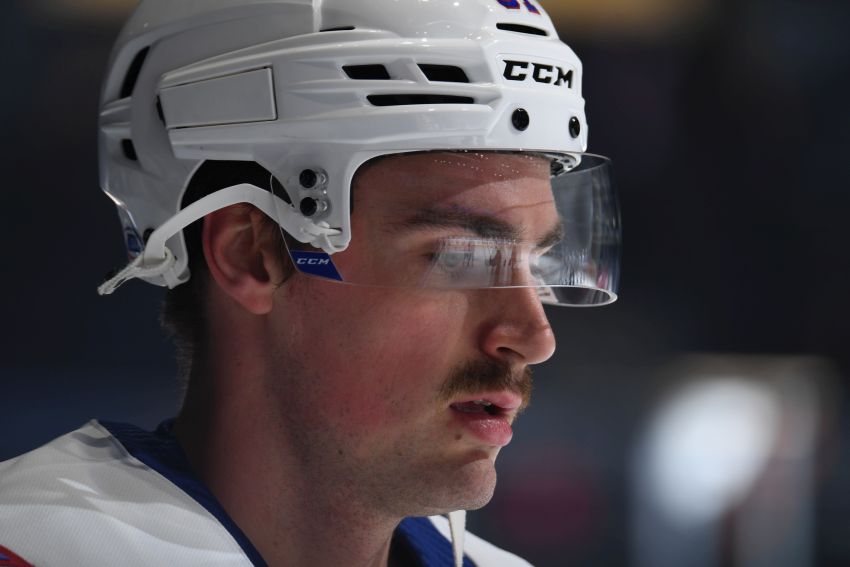 BUFFALO – The Sabres on Friday assigned forwards Brett Murray and Ryan MacInnis and defenseman Ethan Prow to the Rochester Americans.

The Sabres don’t play again until Tuesday, while the Amerks hosted the Hartford Wolf Pack on Friday and play a road game against the Syracuse Crunch tonight.

All three played for the Amerks on Friday.

Murray, 23, had made 15 straight appearances with the Sabres. Overall this season, he has played 16 NHL games, compiling two goals and six points.

“He’s on the cusp of being a full-time NHL player, Amerks coach Seth Appert said on a Zoom call Friday morning.

The Sabres have played just four times since Dec. 17, so Appert said the 6-foot-5 Murray needs some game action.

“Sometimes the bigger guys especially needs more games to get their pace back,” Appert said.

“I spoke with him for a bit this morning and the medical team was talking about a date, and Casey’s shaking his saying, ‘Nope, I’ll be back sooner than that,’” Granato said following Friday’s practice inside KeyBank Center. “So he’s feeling very good. He’s still weeks away, but he’s closer. He’s very confident in how he feels that he’s going to be soon back to 100 percent.”

Earlier this week, Tokarski, 32, was mostly sitting on the bench in his gear during sessions.

“We’re going to get more information each day and he’s going to get a little more volume each day to see how his response is,” Granato said. “He’s not ready for Tuesday.”