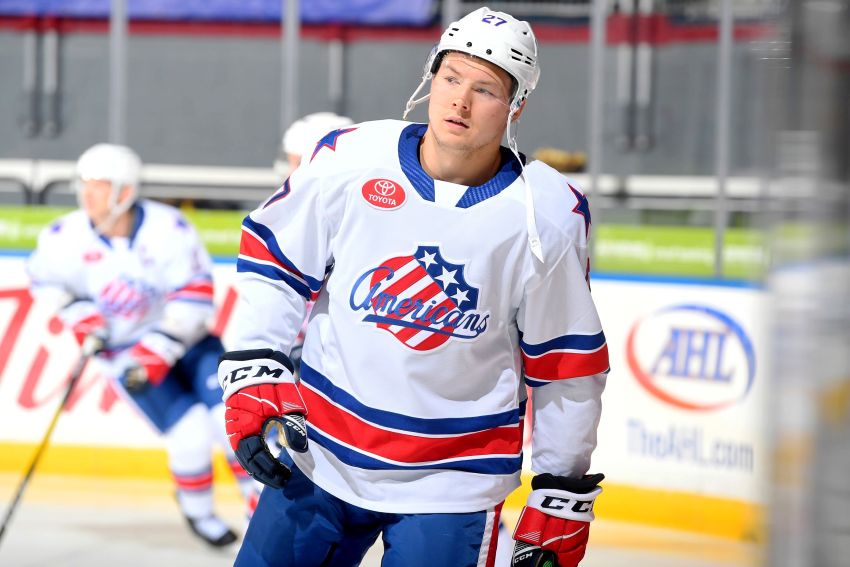 The Buffalo Sabres sent forward Curtis Lazar back to the Rochester Americans this afternoon.

The Sabres, who close their three-game road trip Saturday against the San Jose Sharks, scratched Lazar all three games he was with them.

The Sabres recalled Lazar, 24, on Sunday.

The former first-round pick has compiled one assist in three contests with the Amerks this season. They host the Cleveland Monsters tonight.